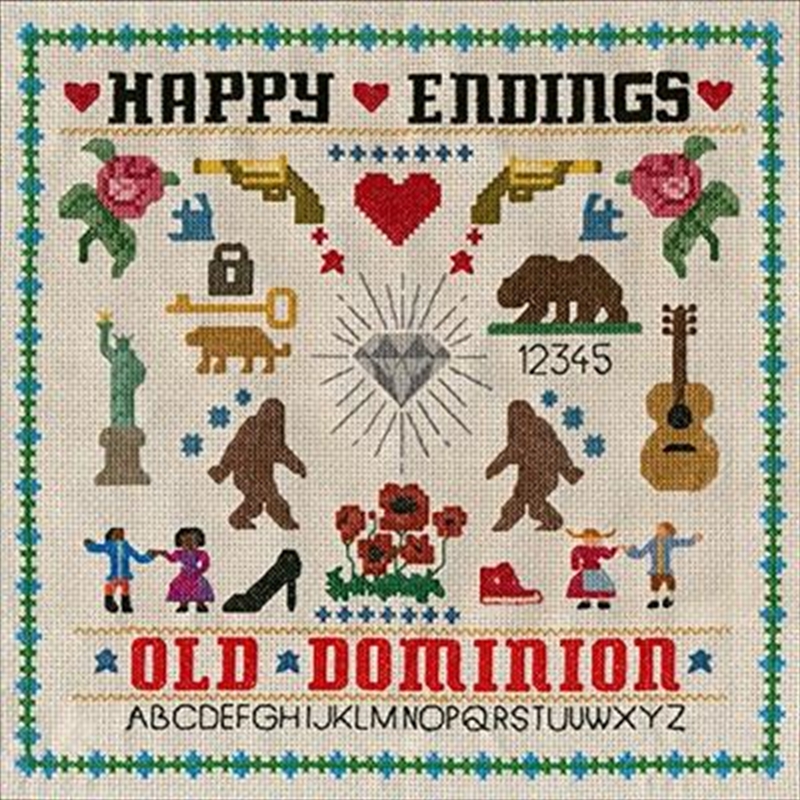 Proving that they are not your average country band, Old Dominion blends old-fashioned country charm, lyrical wit and rock n’ roll grit into radio-friendly, hook-heavy pop nuggets. The band has emerged as one of the hottest breaking bands in country music, fusing clever lyrics and an infectious sound.

For this sophomore album Happy Endings, the band have again teamed up with GRAMMY Award-winning songwriter and producer Shane McAnally to produce. McAnally also oversaw production duties on the band’s first outing, the GOLD-certified (US), Meat and Candy.

In 2015, The band released their first full length album Meat and Candy, produced their PLATINUM track ‘Break Up With Him,’ GOLD hit ‘Snapback,’ and single ‘Song For Another Time,’ which hit No. 1 the on Billboard Country Airplay chart.

1. No Such Thing as a Broken Heart

3. Not Everything’s About You

6. Written in the Sand

11. Still Writing Songs About You