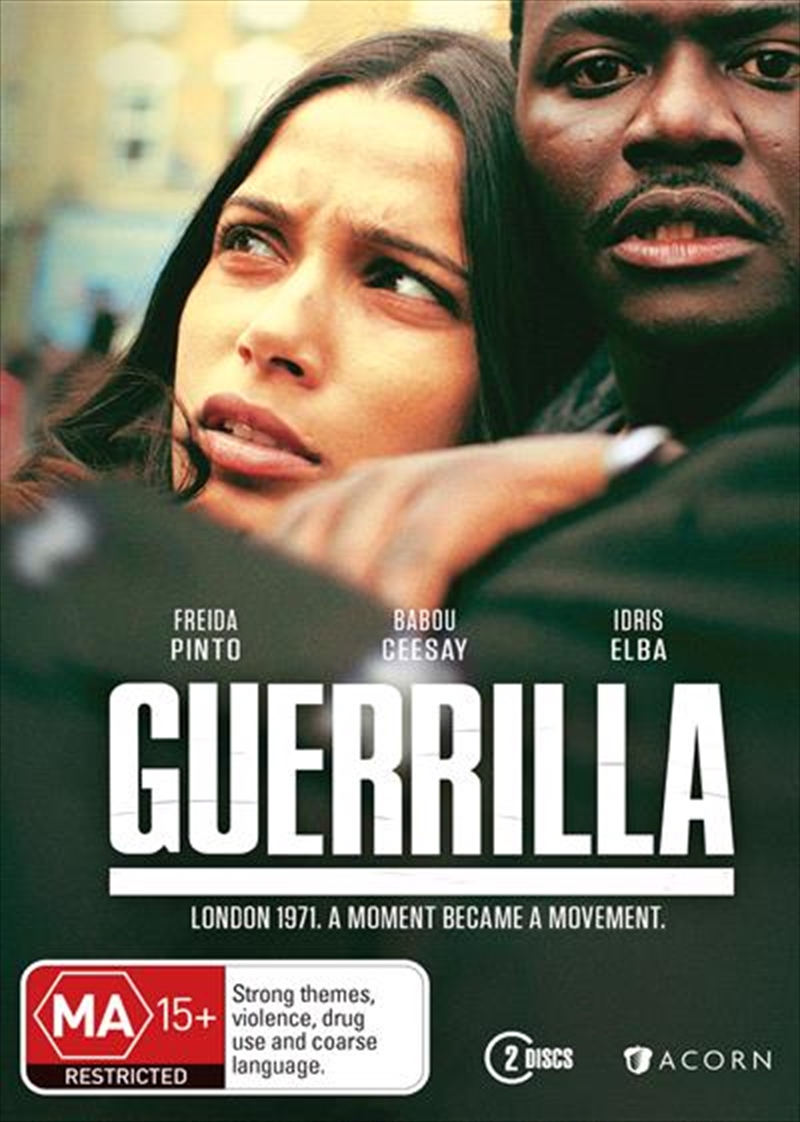 London 1971, a moment became a movement

Set against the backdrop of one of the most explosive times in U.K. history, Guerilla tells the story of a politically active couple whose relationship and values are tested when they liberate a political prisoner and form a radical underground cell in 1970s London. This six-part limited series is from Academy Award-winner John Ridley and stars Frieda Pinto, Babou Ceesay and Idris Elba. This is a story about romance between people and for ideals. It is told through the adventures of a politically active couple who have their relationship and values tested when they form a radical cell dedicated to social change in 1970s London. Episodes 6 X 60 mins