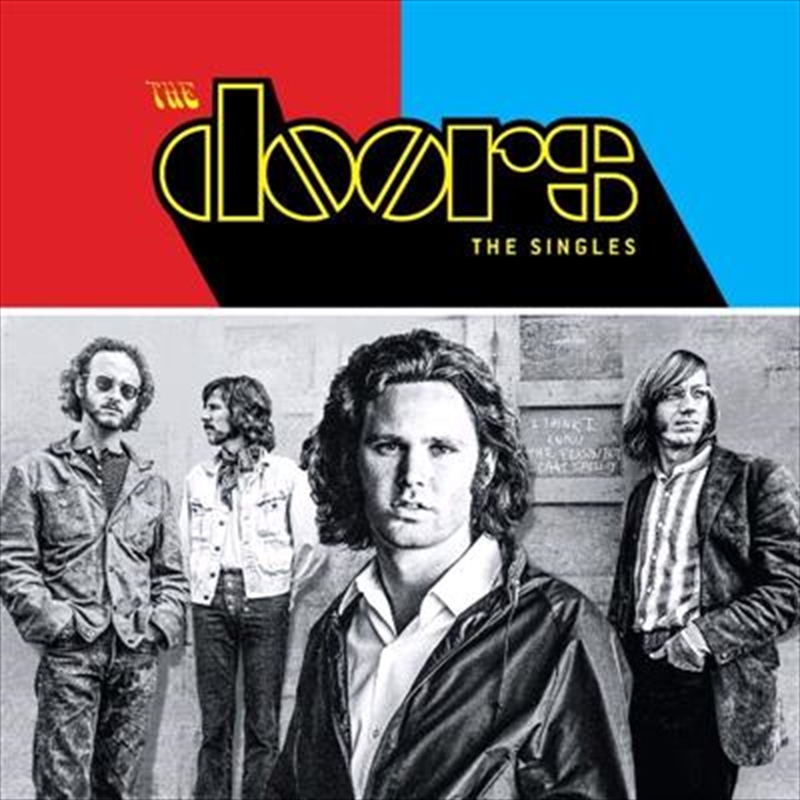 The Doors The Singles CD

All Of The Band's Singles And B-Sides Available Together For The First Time As A Two-CD Collection!

The Doors' 50th anniversary celebration continues a new collection that spotlight every single and B-side the band released in the U.S., all gathered together for the first time.

The 2CD Edition features all 20 U.S. singles with their corresponding B-sides, plus four mono radio versions

The collection includes the single versions from all six of the landmark studio albums the quartet released between 1967 and 1971, including classics like "People Are Strange," "Love Her Madly" and "Riders On The Storm." Also included on the CD versions are four mono radio versions of some of the band's biggest hits, such as "Hello, I Love You" and "Touch Me," which have never been made available anywhere after being sent to radio around their original release. The B-sides – many of which are making their CD debut – add another dimension to the band's legacy with such stellar tracks as "Who Scared You," which appeared in March 1969 as the flipside to "Wishful Sinful," and a cover of Willie Dixon's "(You Need Meat) Don't Go No Further," which was paired with the 1971 smash "Love Her Madly."

'The Singles' also features several songs released after Morrison's passing in 1971. Among those recordings are tracks the surviving trio recorded together ("Tightrope Ride" and "The Mosquito"), as well as live selections from posthumous releases ("Roadhouse Blues" and "Gloria.")

Break On Through (To The Other Side)

End Of The Night

We Could Be So Good Together

Hello, I Love You

Tell All The People

You Make Me Real

Riders On The Storm

Variety Is The Spice Of Life

In The Eye Of The Sun

Get Up And Dance

It Slipped My Mind