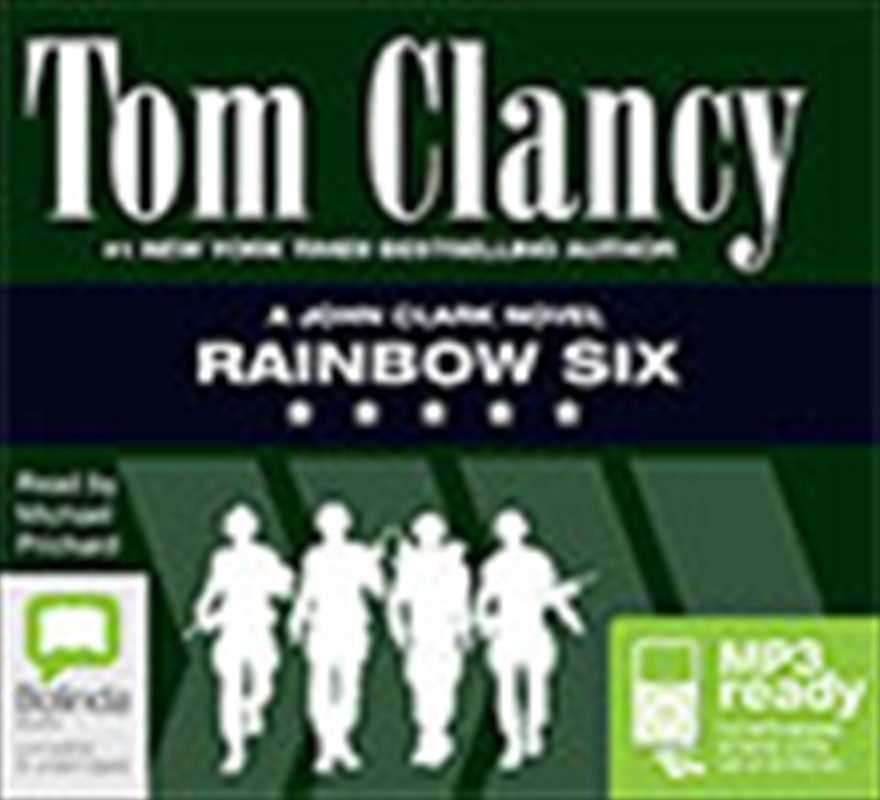 Shipping - See delivery options.
Postcode:
Quantity:
SEE MORE IN:
Audiobook Clear Out ABC Books
Whether hunting warlords in Japan, druglords in Colombia, or nuclear terrorists in the United States, John Clark is efficient and deadly – but even he has ghosts in his past, demons that must be exorcised. And nothing is more demonic than the peril he must face as the commander of a covert multi-national anti-terrorism squad known as Rainbow. Almost as soon as the group is formed, three terrorist attacks occur that seem unrelated at first, but may be the beginning of a new brand of terrorism like nothing the world has ever encountered before. Their success could literally mean the end of life on this earth as we know it. Rainbow Six is Tom Clancy's most shocking story ever – and closer to reality than any government would care to admit.