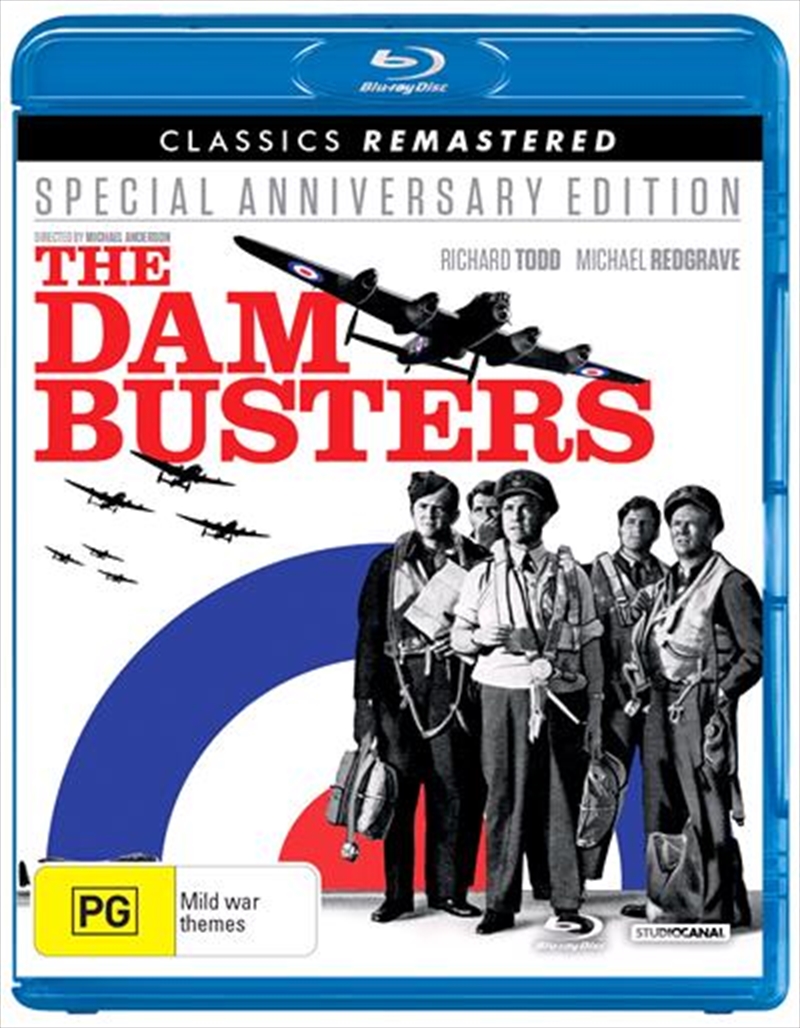 SEE MORE IN:
3 for $30 Movies & More
DESCRIPTION
The dramatic true-life story of the men who broke the Nazis' back!

An epic war story of World War II. Scientist Dr. Barnes Wallis believes World War II can be shortened by destroying the Ruhr dams, thus paralyzing the enemy's industrial nerve center. In spite of the difficulties caused by the critical situation at the time, he works steadily to perfect a special bomb of his own invention for the purpose. Air Ace Wing Commander Guy Gibson is chosen to form, train and lead the hand-picked squadron. Flying at tree-top level they cross the Rhine and attack the first dam - Moehne. The bombers seem unable to maintain the accuracy essential for success - then suddenly the masonry begins to crumb.
DETAILS