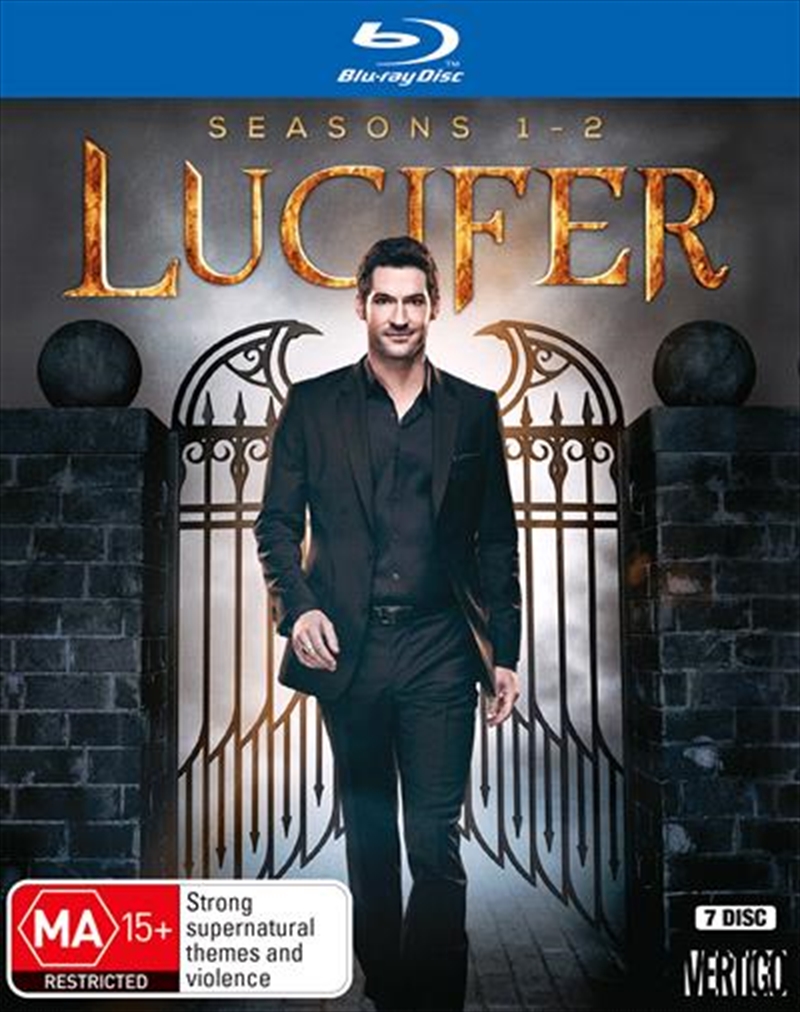 Shipping - See delivery options.
Postcode:
Quantity:
SEE MORE IN:
Lucifer Cant Seem To Stream Bingeworthy Boxsets
DESCRIPTION
Season 1 : Lucifer is the story of the original fallen angel. Bored and unhappy as the Lord of Hell, Lucifer Morningstar has resigned his throne and retired to the City of Angels, where he owns an upscale piano bar called Lux. Lucifer is enjoying his retirement and indulging in a few of his favorite things -- wine, women, song -- when a beautiful pop star is brutally murdered outside of Lux. For the first time in roughly 10 billion years, he feels something awaken deep within him. He's not sure whether it's his suppressed desire to punish the wicked or something deeper and more confusing -- is he actually capable of feelings for a human being? The very thought disturbs him -- as well as his best friend and confidante, Mazikeen (aka Maze), a fierce demon in the form of beautiful young woman. The murder attracts the attention of LAPD homicide detective Chloe Dancer, who finds herself both repulsed and fascinated by Lucifer. As they work together to solve the pop star's murder, Lucifer is struck by Chloe's inherent goodness. Used to dealing with the absolute worst of humanity, he begins to wonder if there's hope yet. At the same time, God's emissary, the angel Amenadiel, has been sent to Los Angeles to convince Lucifer to return to Hell. But with the City of Angels at his feet and a newfound purpose, Lucifer's having too much fun to go back now. Sexy, dark and irreverent, this one-hour drama from Jerry Bruckheimer Television, based on the characters created by Neil Gaiman, Sam Kieth and Mike Dringenberg for DC Entertainment's Vertigo imprint, offers up the concept that everyone might have a chance at redemption ... even the Devil.
Season 2 : Season Two of LUCIFER promises to be the mother of all seasons as Lucifer (Tom Ellis) finds himself tasked with tracking down his mother, Charlotte (Tricia Helfer) while continuing to punish criminals alongside LAPD detective Chloe Decker (Lauren German). At the end of Season One, Chloe watched Lucifer die, only to come back to life, causing more confusion over who he really is. Now, Lucifer and his angel brother, Amenadiel (DB Woodside), will work together for one common goal - to find their mother, who escaped Hell. After all, Lucifer doesn't take after his dad, so the parent he does resemble is sure to be quite terrifying. With mom on the loose, Dr. Linda (Rachael Harris), who's become not only a therapist, but also a confidante to Lucifer, Amenadiel and Maze, will surely have a lot of advice to dole out. And, by the time she's done, she may need a therapist of her own!
DETAILS