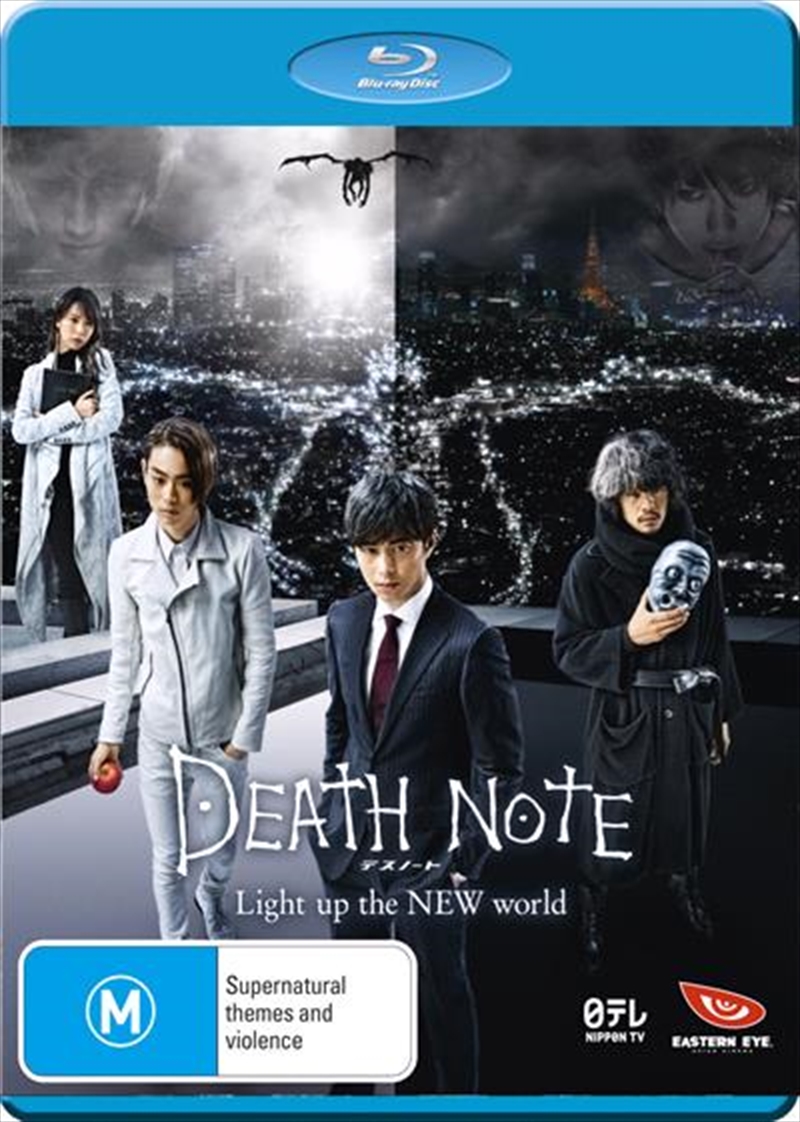 Death Note follows the story of Light Yagami, a high school student who discovers a supernatural notebook from a Shinigami (Death God) named Ryuk that grants its user the ability to kill anyone whose name and face he knows. The series centers around Lights attempts to create and rule a world cleansed of evil as a God by using the notebook, and the efforts of a detective known as L to stop him. Set ten years after the events of previous films Death Note and Death Note 2: The Last Name. In 2016, society is afflicted with cyber-terrorism. The Death Note is a supernatural notebook that grants its user the power to kill simply by writing a persons name on its pages. Six different Death Notes fall to the human world, the maximum number of notes that can exist at once. In the midst of this, two new individuals inherit the DNA of Light Yagami and L and must play a deadly game of cat-and-mouse once again.
DETAILS