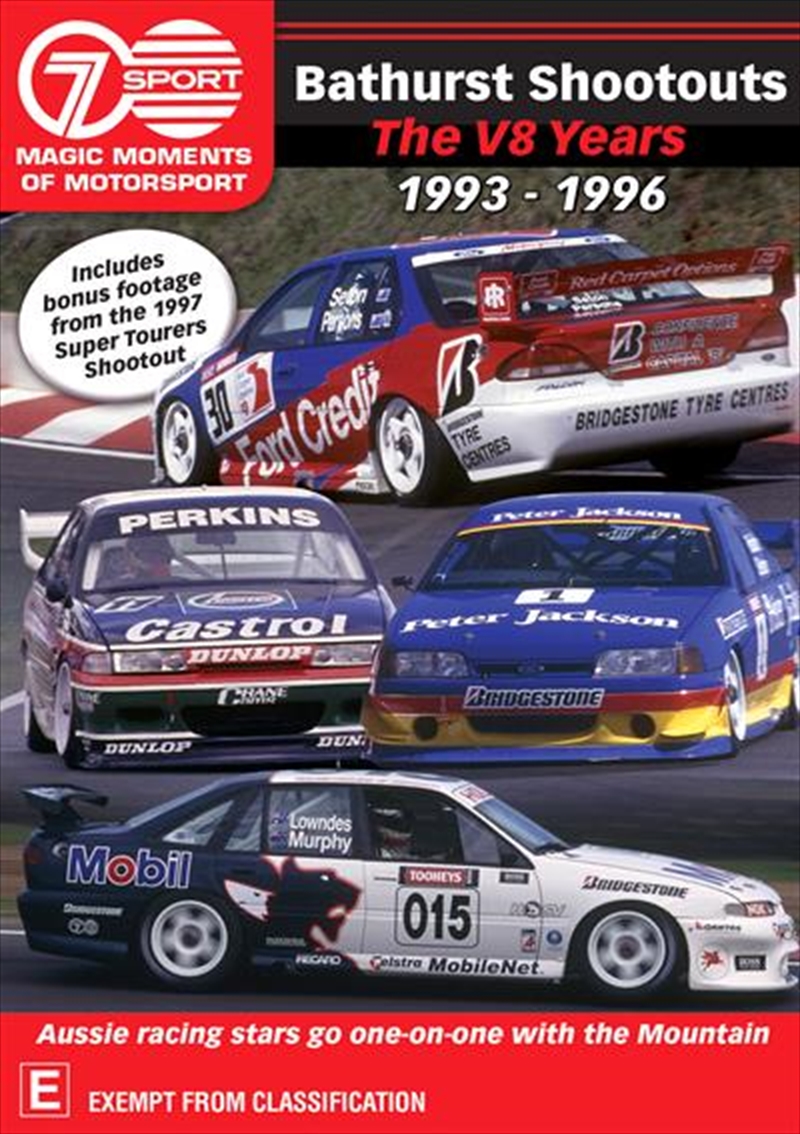 THE return of V8-powered Commodores and Falcons full-time to Australian touring car racing in 1993 was welcomed by race fans all over the country as the annual Bathurst 1000 endurance race returned somewhat to its homegrown roots.On this special edition of Seven Sports Magic Moments of Motorsport we recap the all-important Top 10 Shootouts from Bathurst between 1993 and 1996 as the biggest stars in Aussie racing shot for the ultimate glory of pole position for Australias Great Race.The traditional Shootout at Bathurst has become a highlight of each years 1000-kilometre and this release features all of the greats in action at Mount Panorama, putting it all on the line to claim the prestigious pole position.On this special release youll see Larry Perkins sweep to pole in 1993 in his Castrol Commodore, Glenn Seton take a pair of poles for Ford in 1994 and 1996 and a young Craig Lowndes break through for his first pole in 1995 for the Holden Racing Team.Brock, Johnson, Skaife, Perkins, Lowndes, Seton, Longhurst, Gardner, Mezera, Radisich or Jones (Alan and Brad!), all of the big names of the 1990s are featured.As a special bonus extra weve also dug through the 7 Sport archives and included the Shootouts from the two years that followed 1997 and 1998 where two-litre Super Tourers competed in the AMP Bathurst 1000 and international stars tackled local heroes on Australias most famous piece of bitumen.This release is the third covering the history of the Top 10 Shootout at Bathurst within the Seven Sport Magic Moments of Motorsport series. It follows on from the first covering the Group C era (1978-1984) and the second featuring the international Group A era (1986-1992).