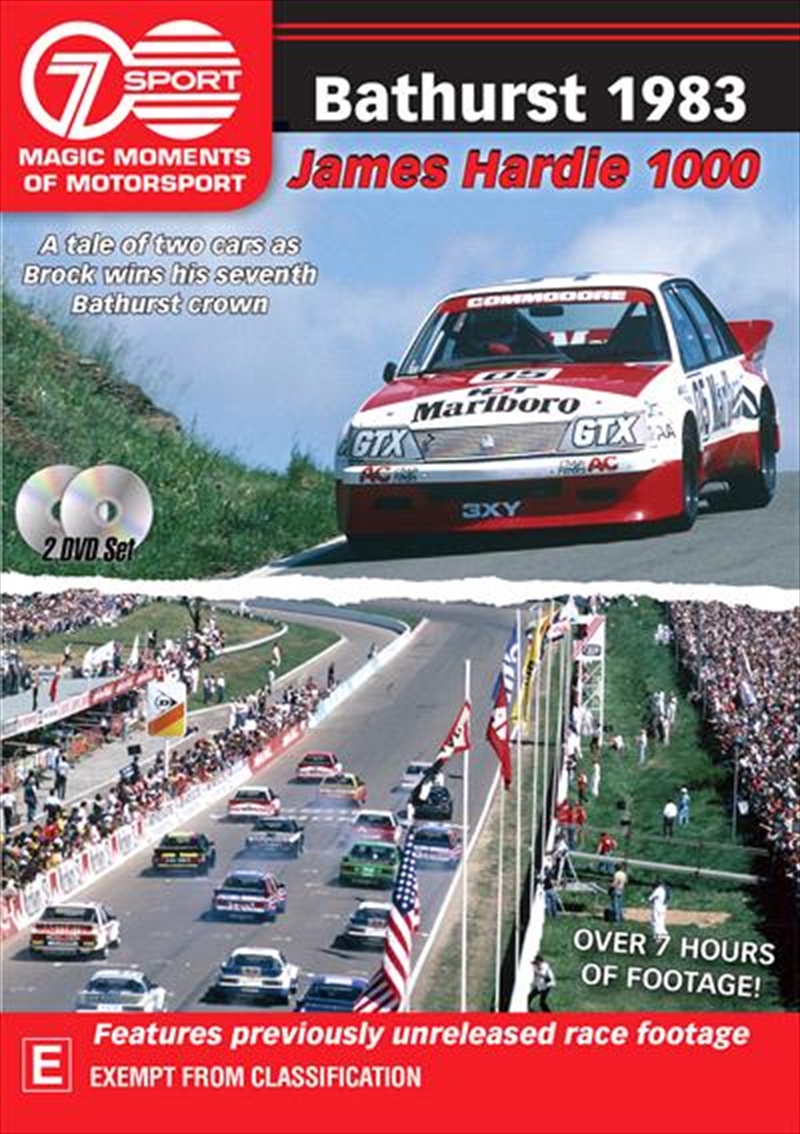 Shipping - See delivery options.
Postcode:
Quantity:
SEE MORE IN:
Magic Moments Of Motorsport Shocking Clearance Movies & TV Clearance $5 Movies & TV Shows
A tale of two cars as Brock wins his seventh Bathurst crown. Australia's toughest touring car race got even tougher in 1983 as it tested two of the country's finest race teams to the limit - one to finish the race with victory, the other to just make the starting line. Peter Brock's Holden Dealer Team had won four of the previous five Bathurst 1000 races. But for the team that made victory on the Mountain look easy, the 1983 classic was anything but. Early in the race Brock's #05 Commodore retired with a blown engine, though in a somewhat controversial move he raced on and took over teammate John Harvey's #25 Commodore at the first pit stop, robbing brother Phil of his race seat.Harvey and Brock, with his regular co-driver Larry Perkins also joining the driving line-up, raced on to record an historic win. For Dick Johnson though, his 1983 Bathurst race began the day prior when his famous Greens-Tuf Falcon slid to a spectacular halt, destroyed among trackside trees after a crash during the Hardies Heroes shootout for pole position.In arguably his teams finest hour a replacement Falcon was sourced, rebuilt throughout the night and made it onto the grid just in time for the start of the race. This is the era of Australian touring car racing at its best, locally developed Holdens and Fords up against turbo Nissan's, rotary Mazda's and the brilliant JPS BMW. For the first time Chevron is releasing this dramatic race in full with the entire race day Seven Sport telecast included in this new offering from the archives.