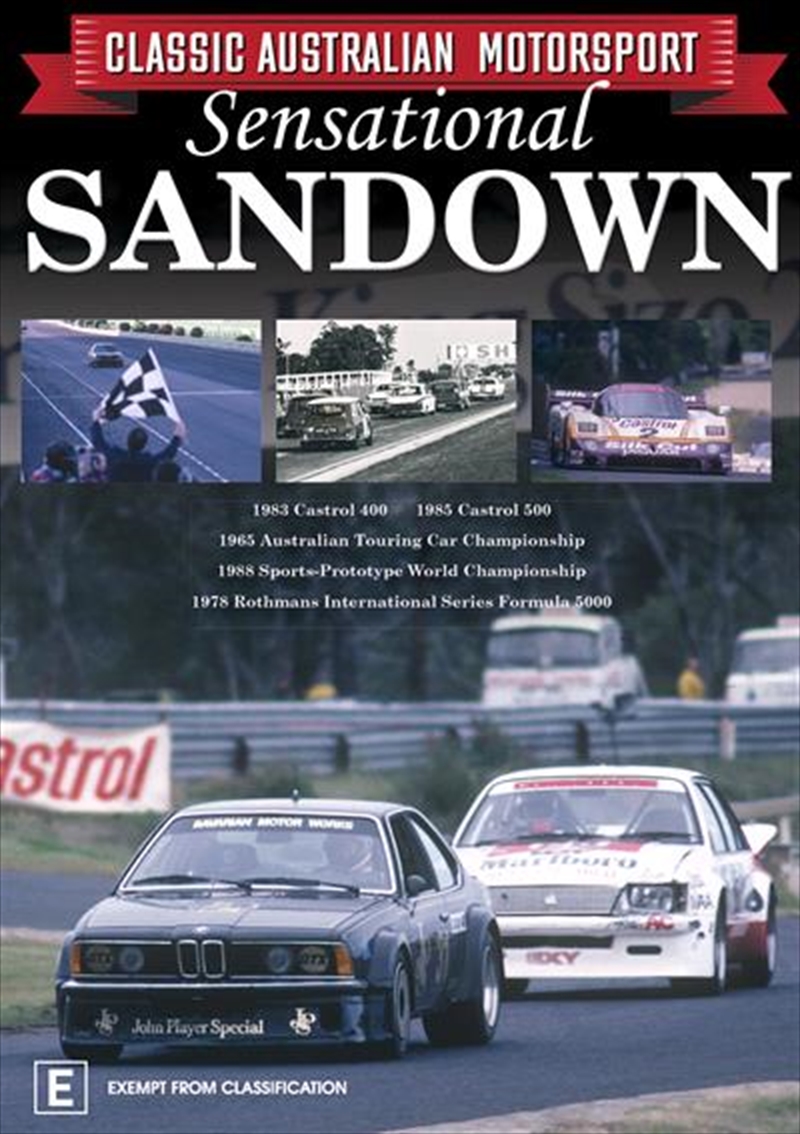 DESCRIPTION
The Chevron Marketing Services team is really excited to launch the brand new Classic Australian Motorsport series of DVD releases in 2017, pulling together an amazing list of classic racing content from a variety of categories and sources under the one banner.On the first of these special releases we have a special focus on the famous Sandown circuit in Melbourne. Opened in 1962, the venue has hosted a range of massive motorsport over the years, from the Sandown 6 Hour touring car race of 1964 that morphed into the modern Sandown 500 to World Endurance Sportscar racing, the Tasman Series and everything in between.This DVD includes a pair of Sandown touring car endurance races from the vault of ABC Sport. Firstly we have the 1983 Castrol 400, the last time the pre-Bathurst enduro was run over 400 kilometres where drivers could complete the race solo.Mazda ace Allan Moffat scored his fifth of an eventual six victories in the Sandown classic, amid a field packed full of iconic cars and drivers from the popular Group C touring car era. Whether its Dick Johnson's Greens-Tuf Falcon, Peter Brocks HDT Commodores, the factory Nissan Bluebirds of the black JPS BMW of Jim Richards, there's plenty of memories for all to enjoy in this one-hour highlights package. Then we skip forward to the 1985 Castrol 500 (also secured from the ABC Sport vault) and the changes are instantly noticeable in 60 minutes worth of action. Firstly the Group C cars had been replaced by international Group A regulations with a wide mix of manufacturers and models on the grid and, secondly, the entire venue had undergone a transformation with a new infield section extending the circuit by 800 metres. The JPS Team BMW squad ended up claiming a 1-2 finish in the 129-lap enduro classic, though it wasnt without dramas for eventual winners Jim Richards and Tony Longhurst as you will re-live on this special edition release.The ABC archive has also delivered us some extremely rare black and white material of the 1965 Australian Touring Car Championship from April 1965 at Sandown. The Bryson Industries Trophy race over 40 laps is captured within this rare gem running five minutes that we just had to make sure was on this release its brilliant! The great Norm Beechey claimed victory in his Neptune Racing Team Ford Mustang in a field that also included Ian Geoghegan, a much younger Allan Moffat, John Harvey, Peter Manton, Jim McKeown and Bob Jane. We've also sourced some amazing black and white material of the 1962 Sandown International Cup Final from the inaugural meeting at Sandown back in March of that year, featuring the likes of legends Jack Brabham, John Surtees, Bruce McLaren, Stirling Moss, Jim Clark and Lex Davison true motorsport history indeed. This is the beginning of a new series of Classic Australian Motorsport DVDs featuring big names, great races and amazing cars from a wide range of decades.
DETAILS