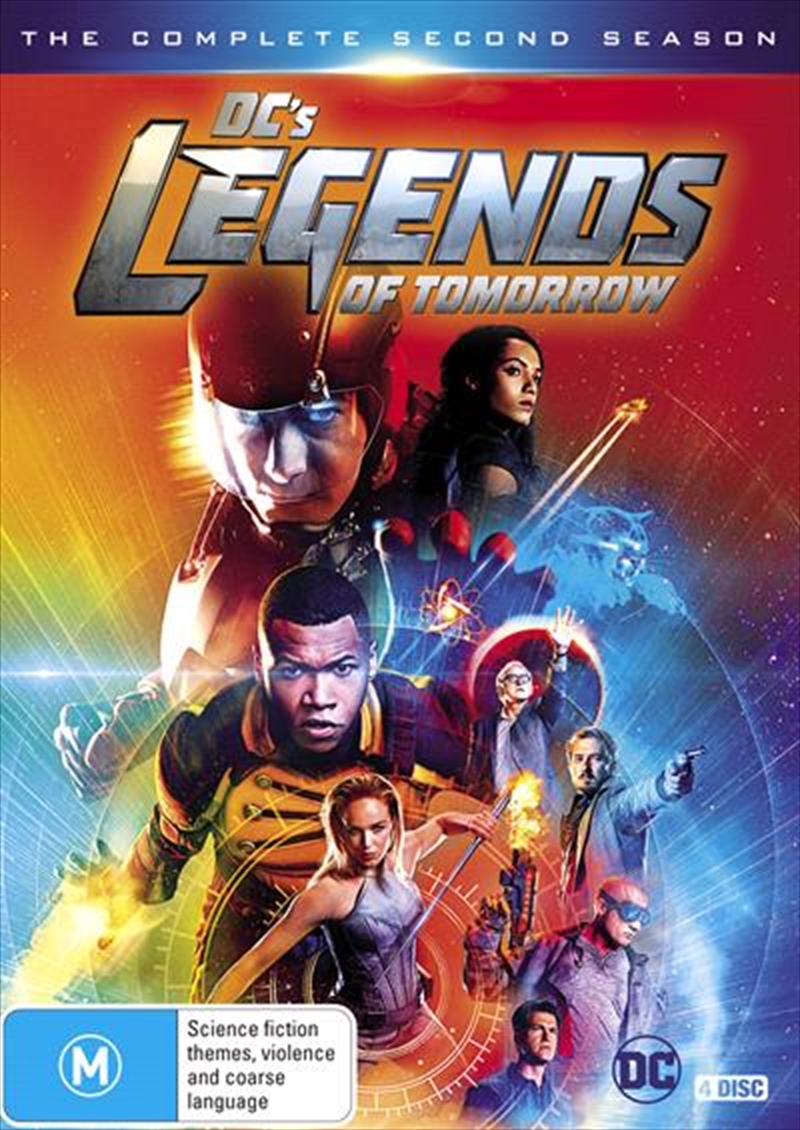 Shipping - See delivery options.
Postcode:
Quantity:
SEE MORE IN:
DC DC TV DC's Legends Of Tomorrow Cant Seem To Stream 3 for $50 TV All 3 for $50 3 For $50 Drama
Their time is now

DC's Legends of Tomorrow amps up the firepower for Season Two of the Super Hero team-up series by enlisting both a league and a legion of new characters to join the legendary crew of the Waverider as they embark on their latest mission. In the Season One finale, the heroes encountered Rex Tyler aka Hourman who issued a dire warning. Joining Hourman will be other members of the Justice Society of America. And yet, for every force of good, there is an opposing force of darkness. In Season Two, the Legends of Tomorrow will face off against the first ever team of Super-Villains: the Legion of Doom, including Malcolm Merlyn, Damien Darhk, Captain Cold and the Reverse Flash. After saving the world from Vandal Savage, the Legends of Tomorrow are now charged with protecting time (past, present and future) itself, taking them across history and up against a threat unlike any humanity has ever known.