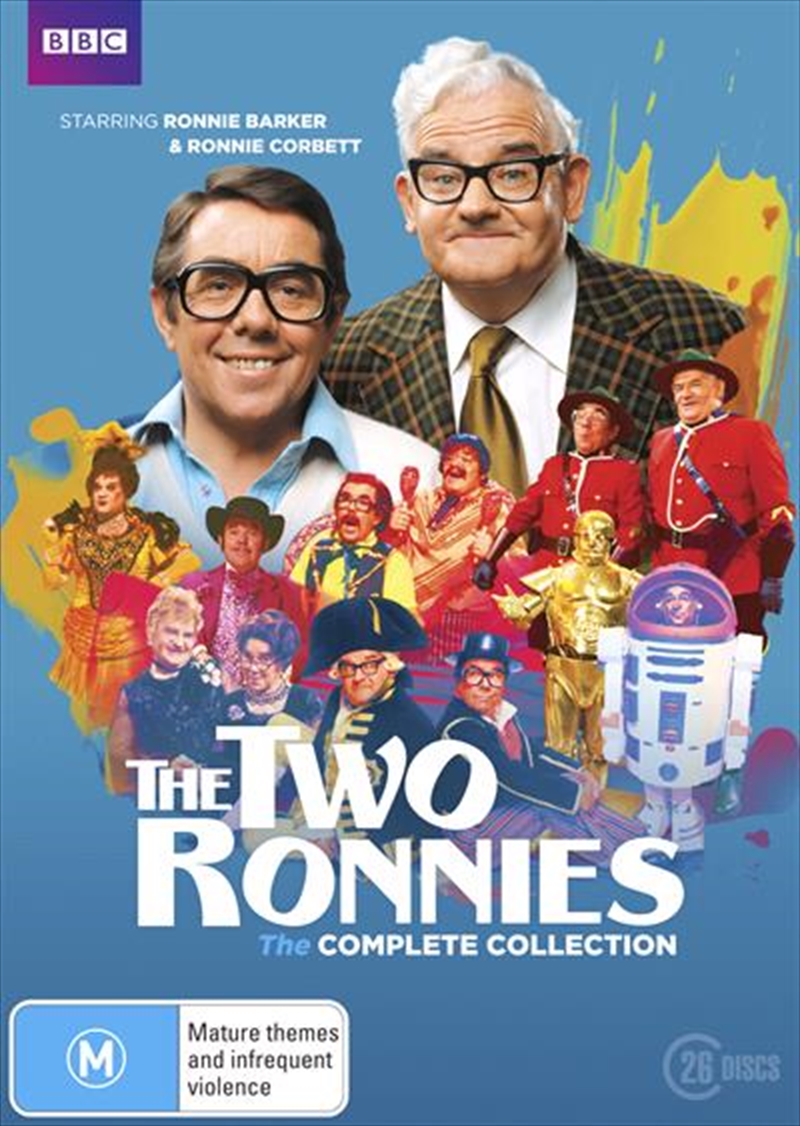 Shipping - See delivery options.
Postcode:
Quantity:
DESCRIPTION
From 1971-87, over 12 series, four Christmas Specials and two classsic silent films, Ronnie Barker and Ronnie Corbett combined to produce one of the most popular television comedy series ever made. Fromm their introduction, And in a packed programme tonight... to the Goodnight from him finale, viewers savoured everymoment. The 'Four Candles' and 'Mastermind' sketches, the Piggy Malone and Charley Farley stories and the hilarous musical numbers have a special place in viewers' hearts, but these series are packed with so many other moments of comic genius too.
DETAILS