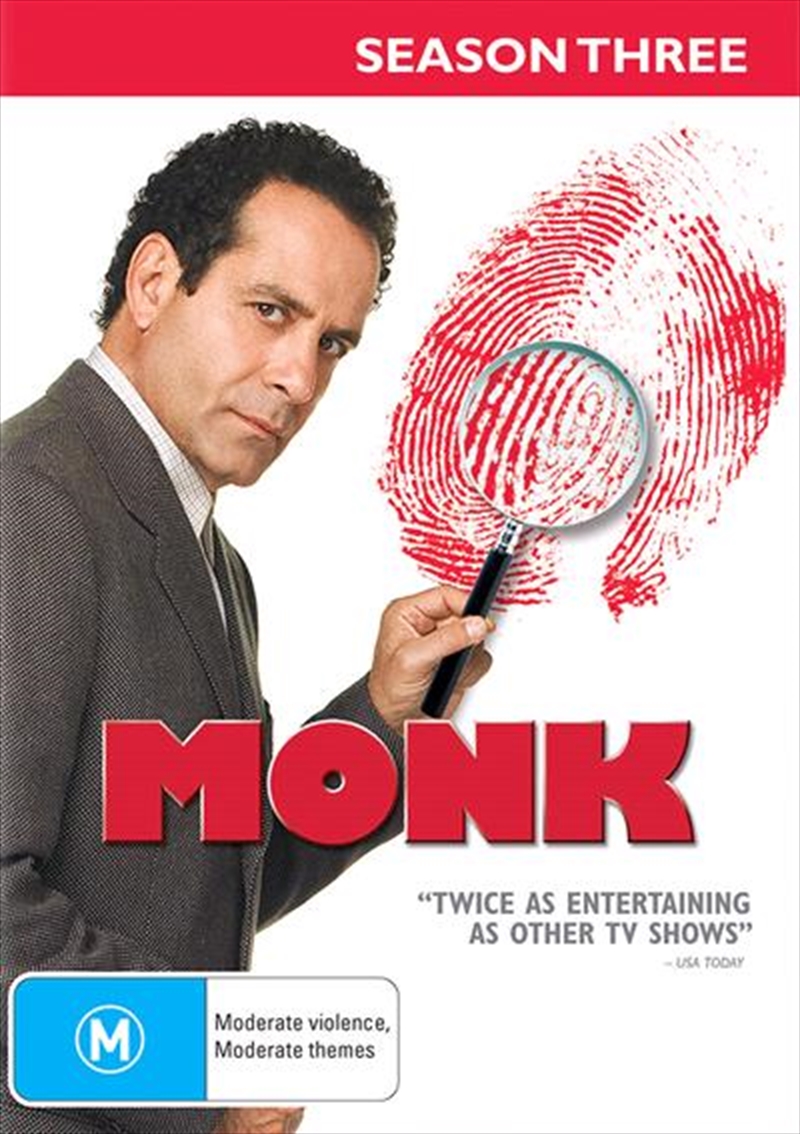 Adrian Monk, TVs most brilliant detective is back, and hes ready to battle any crime... as long as it doesnt involve germs, heights, or other people! Still hoping to be reinstated in the San Francisco Police Department, Monk continues to use his sharp intelligence, photographic memory and ever present hand wipes to solve even the dirtiest cases. At his side are Captain Stottlemeyer (Ted Levine), Lieutenant Disher (Jason Gray-Stanford), Sharona Fleming (Bitty Schram) and newcomer Natalie Teeger (Traylor Howard), and together they take on some daunting opponents, including the Mafia, the FBI and a possibly murderous chimpanzee. Monks back on the case and better than ever in this hilarious third season!
DETAILS