Magi - The Labyrinth Of Magic - Season 1 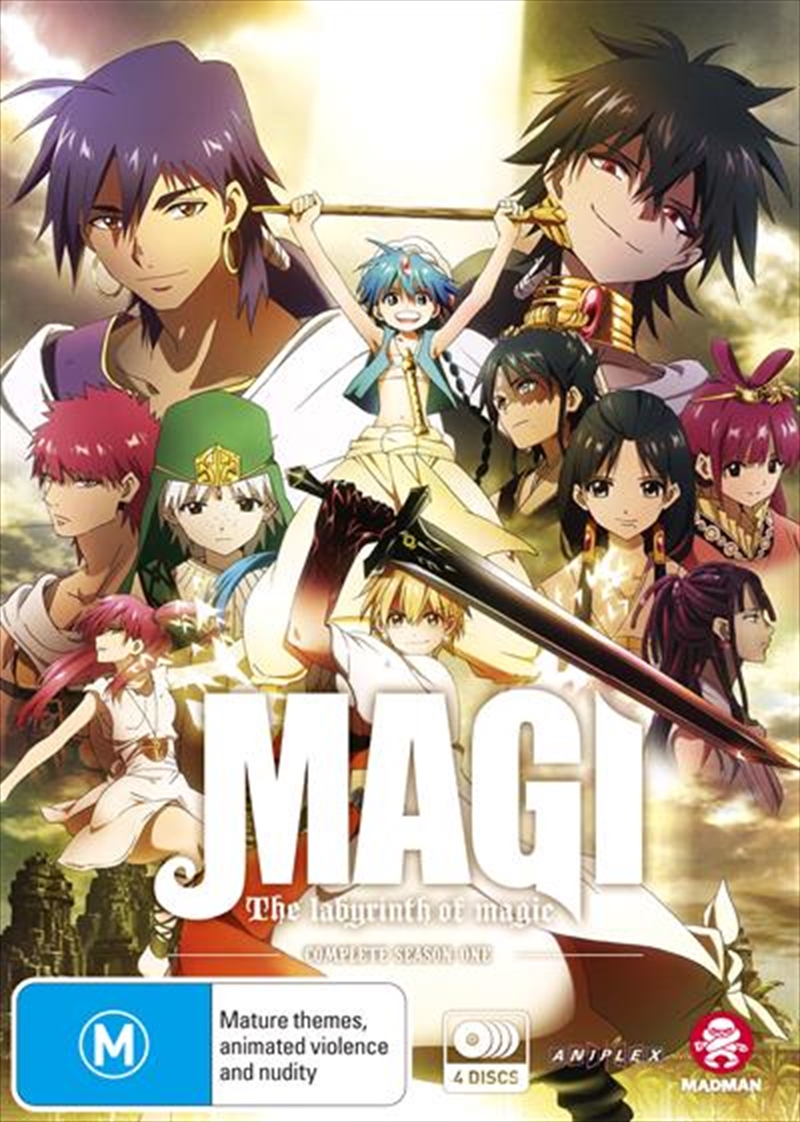 Magi - The Labyrinth Of Magic - Season 1

Want to click and collect? Check store availability
DESCRIPTION
Welcome to the Labyrinth of Magic!

Alibaba is a young carrier who dreams of gaining enough money to buy a whole country. To achieve this goal he must venture into a mysterious ruin called a Dungeon, which is said to hold secret treasures deep within its labyrinth. Unfortunately Alibaba lacks the courage to carry out his plan and remains a worker. Until... One day Alibaba meets a mysterious boy named Aladdin, who can summon a mighty blue spirit from a flute and travels across the continent in search of Djinn Metal Vessels. Hoping to harness Aladdin's magical power, Alibaba invites Aladdin to join him on his dungeon-capturing expedition. Along the way, through numerous encounters and farewells, both of them will come to learn the truth about their destiny!
DETAILS