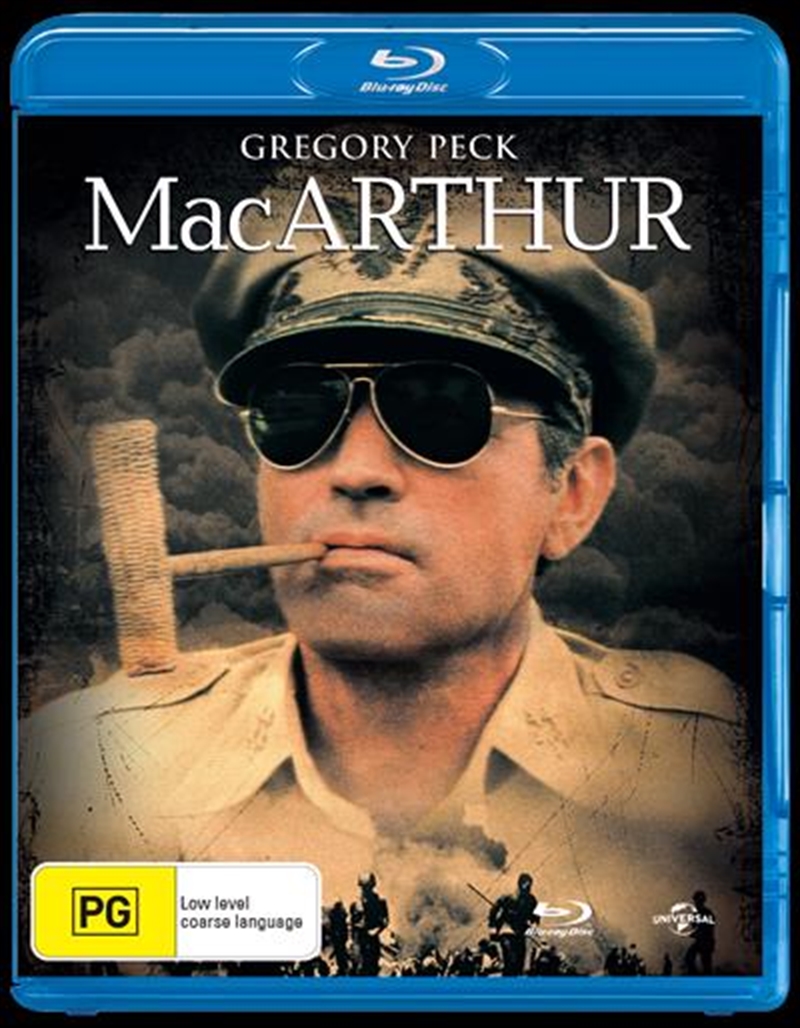 General Douglas MacArthur (Gregory Peck), one of the most controversial public figures of our time, is the subject of this superb biographical drama which traces his outstanding careers. In 1942, with his position in the Philippines made hopeless by japan's destruction of more than half the planes in his Far East Command, MacArthur leaves pledging "I shall return!" MacArthur does return, with riveting victories in the Pacific and a deft handling of the democratisation of Japan; he is also armed with Presidential aspirations. While searving in Korea, it is there that his colossal ego and insubordination results in dismissal by Truman in 1951. MacArthur is a compelling story which explores the many facets of his ambitious character. It clearly demonstrates his brillance as a strategist; his lust for publicity and flair for dramatics.
DETAILS