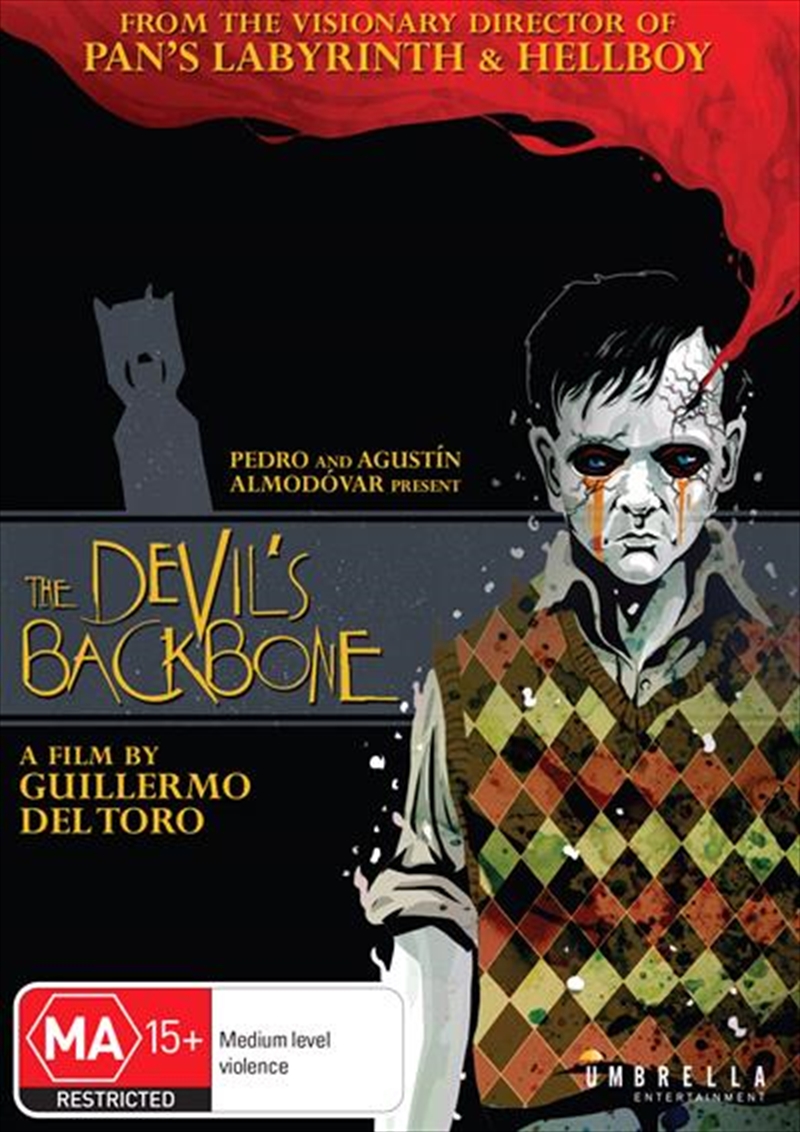 DESCRIPTION
The Devil's Backbone is a stylish and unpredictable supernatural chiller from director Guillermo del Toro (Cronos, Mimic, Blade 2) which deftly mixes horror, suspense and dark humour. Twelve-year-old Carlos is the latest arrival to Santa Lucia School, an imposing stone building that shelters the orphans of the Republican militia and politicians during the last days of the Spanish Civil War. Carlos gradually uncovers the dark ties that bind the inhabitants of the school: hidden riches, sexual intrigue, and the restless ghost of a murdered student. Presented by Agustin and Pedro Almodovar (from All About My Mother) and starring Marisa Paredes (from The Flower Of My Secret), Federico Luppi (from Men With Guns) and Eduardo Noriega (from Open Your Eyes), The Devil's Backbone is a richly atmospheric, genuinely thrilling ride in the tradition of The Others and The Sixth Sense.
DETAILS