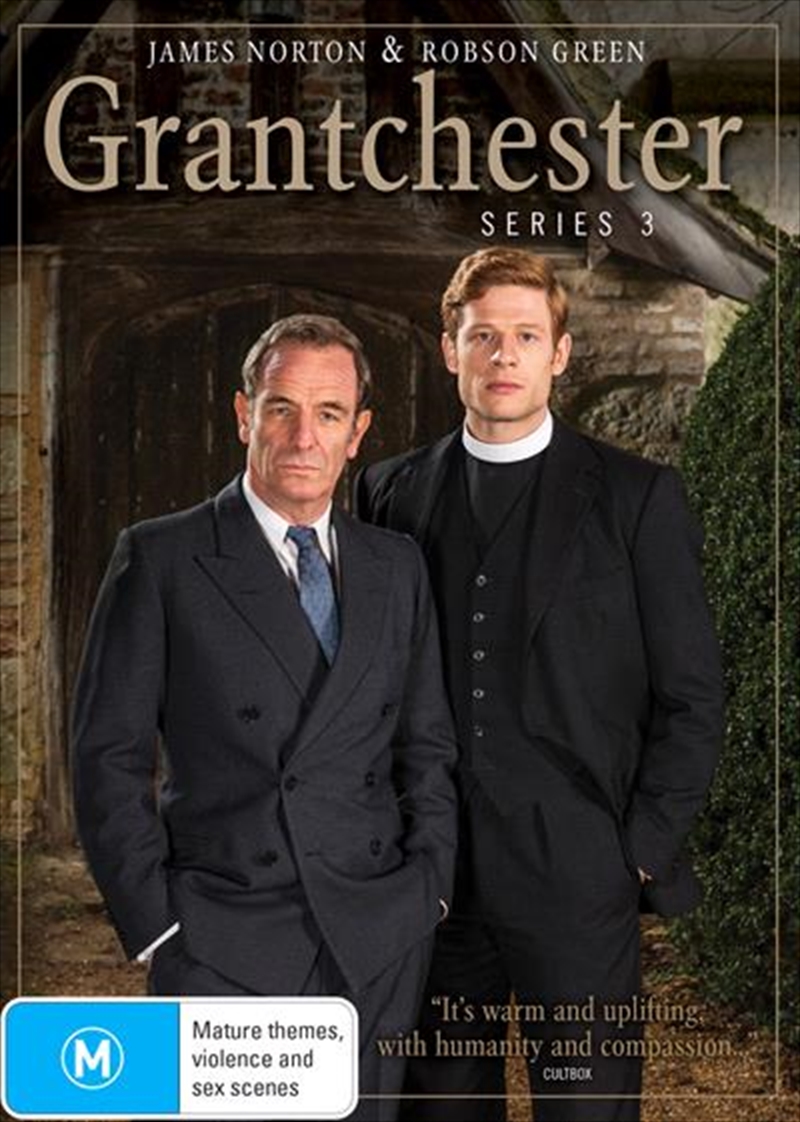 Shipping - See delivery options.
Postcode:
Quantity:
SEE MORE IN:
3 for $30 Movies & More Grantchester
DESCRIPTION
The vicar and the detective are back fighting crime and a world of expectation. The acclaimed series returns with Vicar Sidney Chambers facing his greatest challenge yet - and one not easily solved. Can he control his feelings for Amanda and put duty above his own needs, as the Archdeacon commands? Will Inspector Geordie Keating's connection with feisty police secretary Margaret threaten his seemingly happy marriage to Cathy? James Norton (War and Peace) and Robson Green (Being Human) star as the unlikely crime-fighting duo with more than just murder to unravel, in the hit TV drama Grantchester.
TRAILER
DETAILS