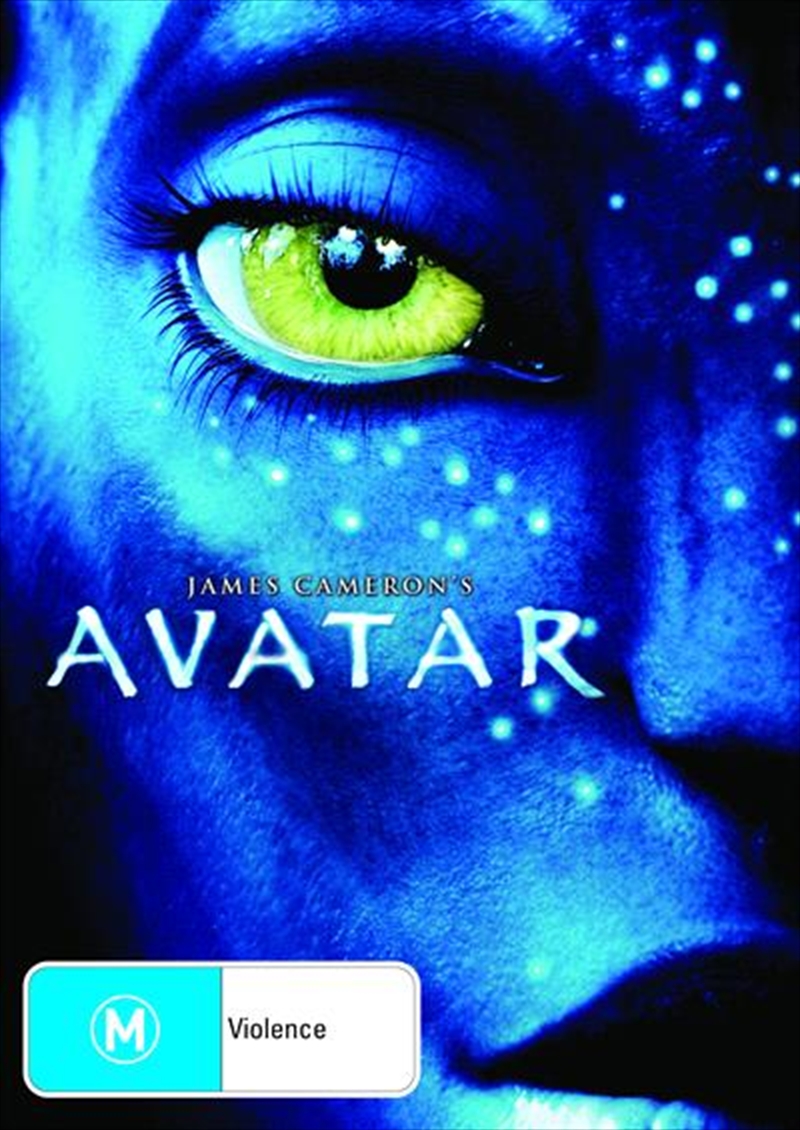 Shipping - See delivery options.
Postcode:
Quantity:
SEE MORE IN:
Avatar 3 for $30 Movies & More
DESCRIPTION
Avatar is the story of an ex-Marine who finds himself thrust into hostilities on an alien planet filled with exotic life forms. As an Avatar, a human mind in an alien body, he finds himself torn between two worlds, in a desperate fight for his own survival and that of the indigenous people. More than ten years in the making, Avatar marks Cameron's return to feature directing since helming 1997's Titanic, the highest grossing film of all time and winner of eleven Oscars including Best Picture. WETA Digital, renowned for its work in The Lord of the Rings Trilogy and King Kong, will incorporate new intuitive CGI technologies to transform the environments and characters into photorealistic 3D imagery that will transport the audience into the alien world rich with imaginative vistas, creatures and characters.
TRAILER
DETAILS