One Leg Over: Having Fun - Mostly - in Peace and War 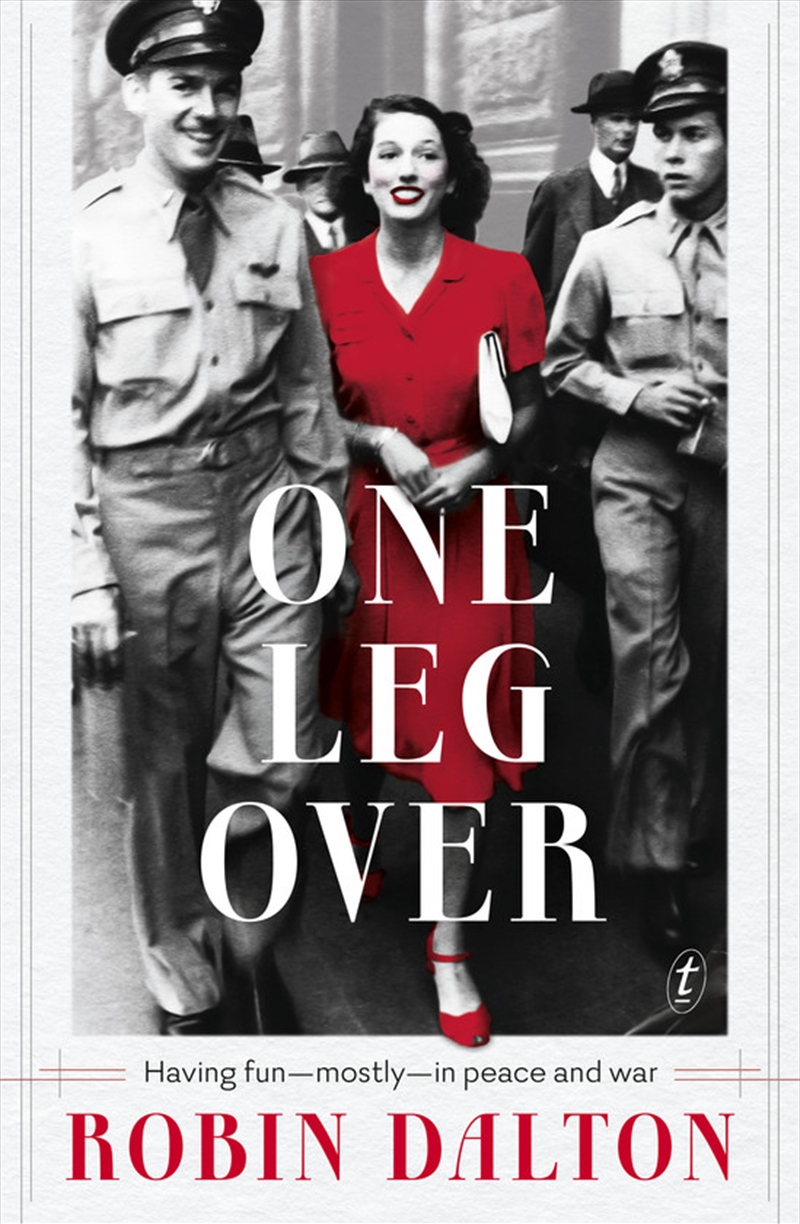 One Leg Over: Having Fun - Mostly - in Peace and War

Robin Dalton One Leg Over: Having Fun—Mostly—in Peace and War Book

At the age of ninety-six Robin Dalton looks back on a rich and colourful life, and especially her sumptuous love life. This is a story of romance and love like no other. After marrying young and disastrously, society belle Robin Eakin divorces. The event makes the front page of the Sydney newspapers, bumping the war news to page 2. Then there are the American and British servicemen in Sydney-the dancing, the many trysts and a number of not-too-serious promises of marriage. Robin sets off for London at the end of the war, the only passenger on a military flight, to meet her latest fiancU, Johnny. Her extensive luggage-jewellery, crockery, linen and furs-followed by ship. But her doting fiancU is in for bad news- Robin has fallen for David, Marquis of Milford Haven, friend and cousin of the Duke of Edinburgh, and, once her luggage arrives, Robin says goodbye to Johnny and dashes off with David. While most of Europe struggles with post-war austerity, Robin's days and nights are filled with extravagant dinners, parties with royalty and romantic getaways. Affairs, exotic travel and high living abound before Robin meets and marries Emmet Dalton. But even this deep true love was not destined to last. One Leg Over is a delightful glimpse of a bygone world of romance, glamour and decadence portrayed with inimitable style and outrageous humour.
DETAILS

Title: One Leg Over: Having Fun - Mostly - in Peace and War