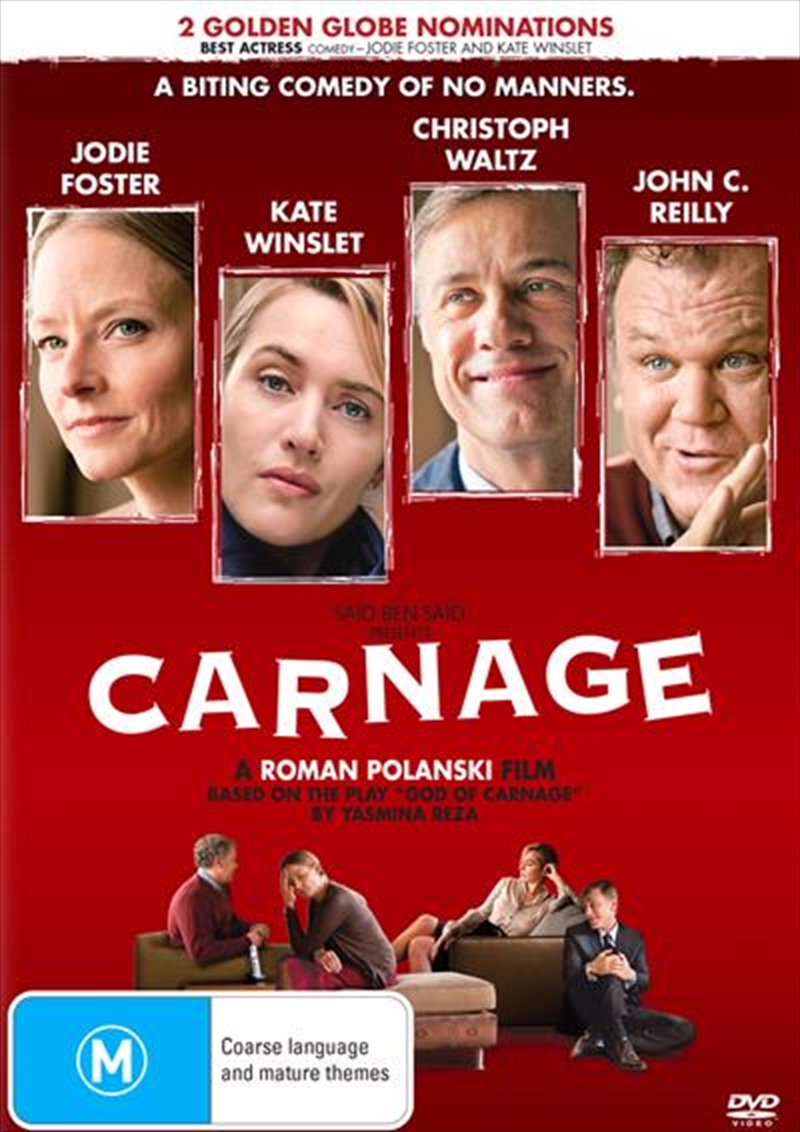 Check store availability
DESCRIPTION
A new comedy of no manners.

CARNAGE is a razor-sharp, biting comedy centered on parental differences. After two boys duke it out on a playground, the parents of the victim invite the parents of the bully over to work out their issues. A polite discussion of childrearing soon escalates into verbal warfare, with all four parents revealing their true colours. None of them will escape the carnage. Directed by Roman Polanski (The Pianist), Carnage stars Academy Award-winner Kate Winslet (Best Actress, The Reader, 2008) and Academy Award-winner Christoph Waltz (Best Supporting Actor, Inglourious Basterds, 2009) as husband and wife Nancy and Alan Cowan, opposite Academy Award-winner Jodie Foster (Best Actress, The Silence of the Lambs, 1991; Best Actress, The Accused, 1988) and Academy Award-nominee John C. Reilly (Best Supporting Actor, Chicago, 2002) as Penelope and Michael Longstreet.
TRAILER
DETAILS