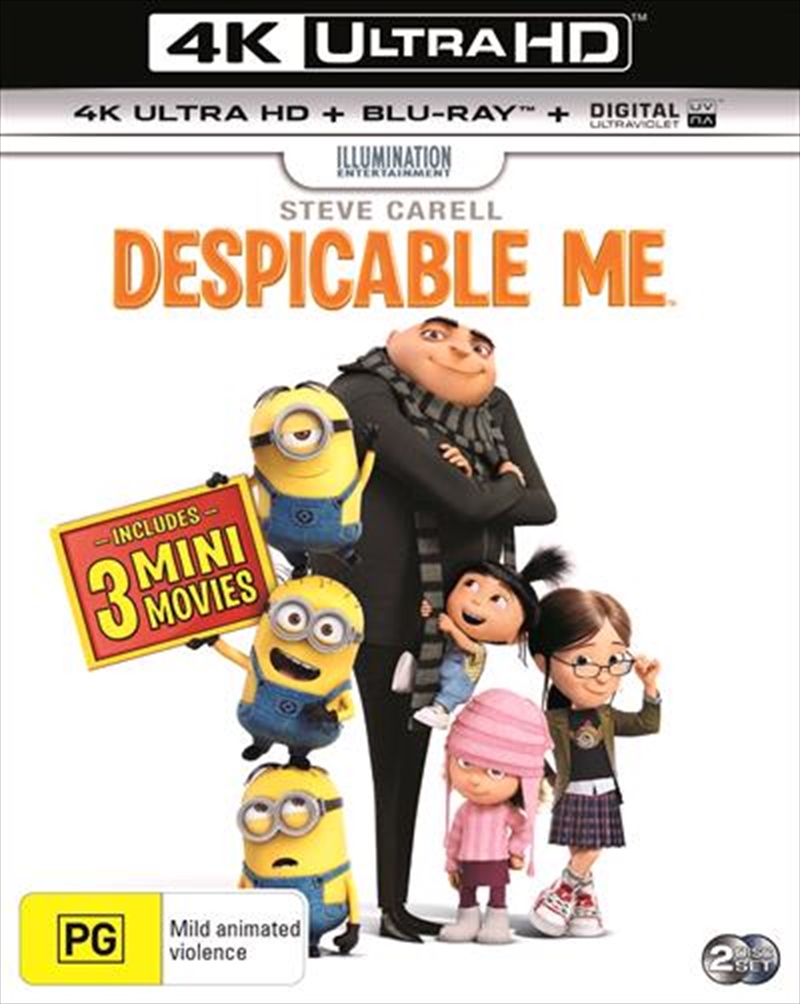 In a happy suburban neighbourhood, with its well-kept gardens and white picket fences, sits a black house with a dead lawn. This is the secret hideout of Gru (Steve Carell), who, with his army of excitable little yellow minions, plans to take over the world. Armed with his arsenal of shrink rays, freeze guns and battle-ready vehicles for land and air, Gru is accustomed to defeating all who stand in his way. But the arrival of three little orphaned girls, and their determination to make him their Dad, threatens his reputation as a super-villain!