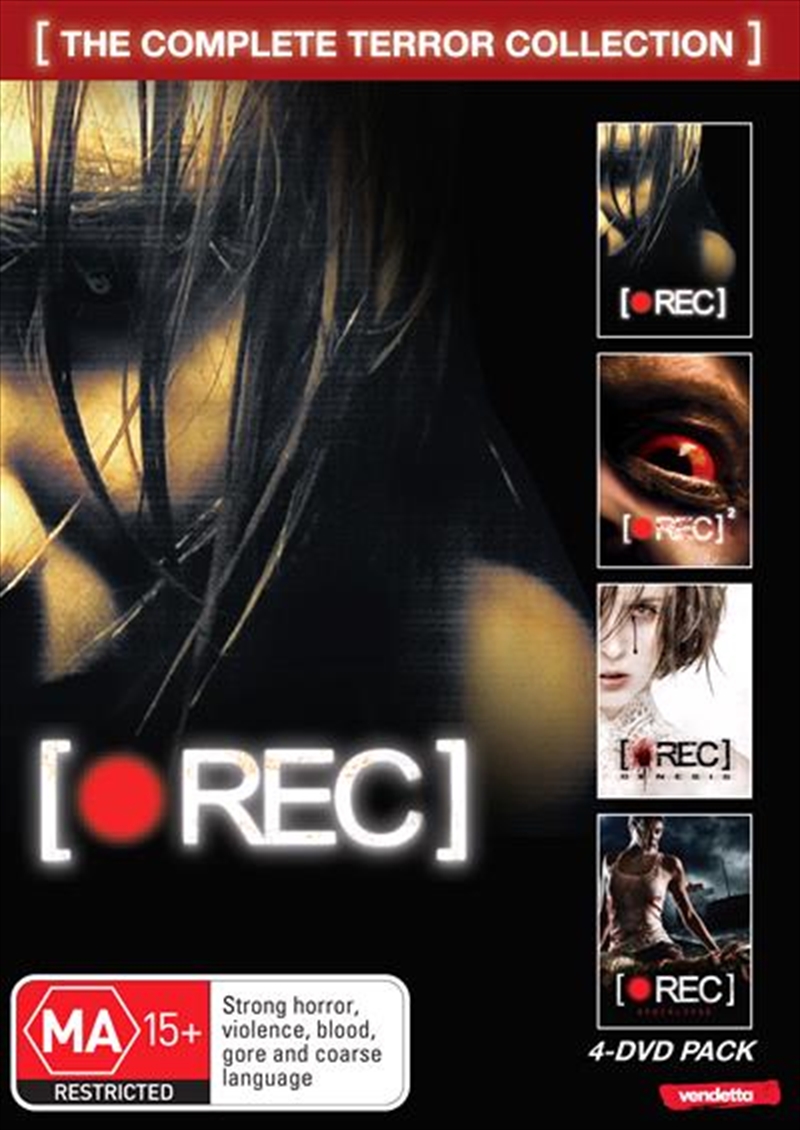 Contains:
1. REC - What appears to be a routine emergency call quickly turns to hell as the team are trapped inside a building with no means of escape as things go from worse to worse. The only thing that matters is trying to escape while capturing everything on camera Gripping, unsettling and truly horrific.
2. REC 2 - Only a few minutes have passed since the authorities lost contact with the people trapped inside the quarantined building in [REC]. For the Special Operations Unit this is a seemingly straightforward mission; to enter the building and analyze the situation. But as we know, appearances can be deceiving. [REC] 2 is a non-stop ride from start to finish keeps the adrenaline pumping.
3. REC3 - Koldo and Clara celebrate the most important day of their lives: their wedding. Everything appears to be running smoothly and the bride and groom and their families are enjoying a wonderful day; that is until some of the guests start showing signs of a strange illness. What started off as an idyllic day quickly descends into a nightmare of the worst kind A blood-filled crowd please.
4. REC4 - Television reporter Angela Vidal wakes up in a high-security quarantine facility, sole survivor and witness to the horrific events from the original [REC]. But does she remember what happened to her? Is she carrying the virus? Distrust spreads through the isolated facility - a specially equipped oil tanker miles off shore - while new, even more deadly forms of evil spread even faster.