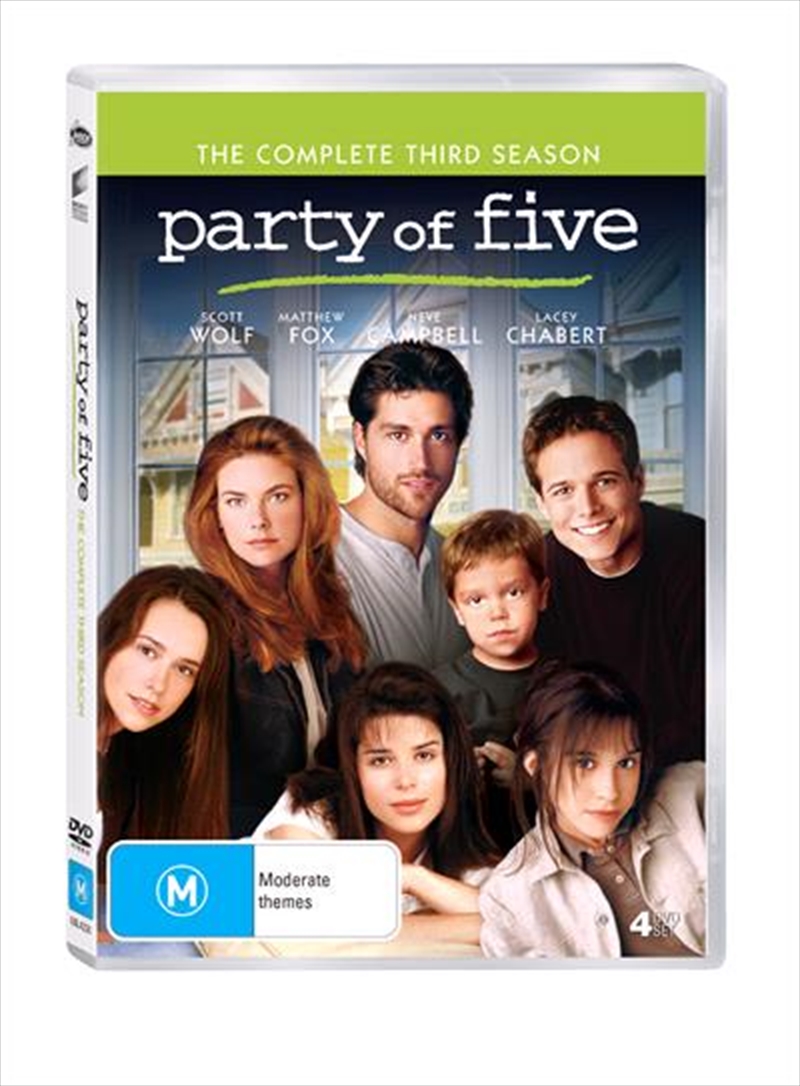 Shipping - See delivery options.
Postcode:
Quantity:
SEE MORE IN:
Shocking Clearance Movies & TV Clearance Movies & TV Under $10
DESCRIPTION
Lots of changes are in store for the Salinger family in Party of Five: The Complete Third Season. Over 25 episodes, the San Francisco-based siblings, survivors of parents who died at the series' beginning, confront some of the most difficult issues anyone has to deal with, from depression to alcoholism, breakups, dishonesty, separation and much more.
DETAILS