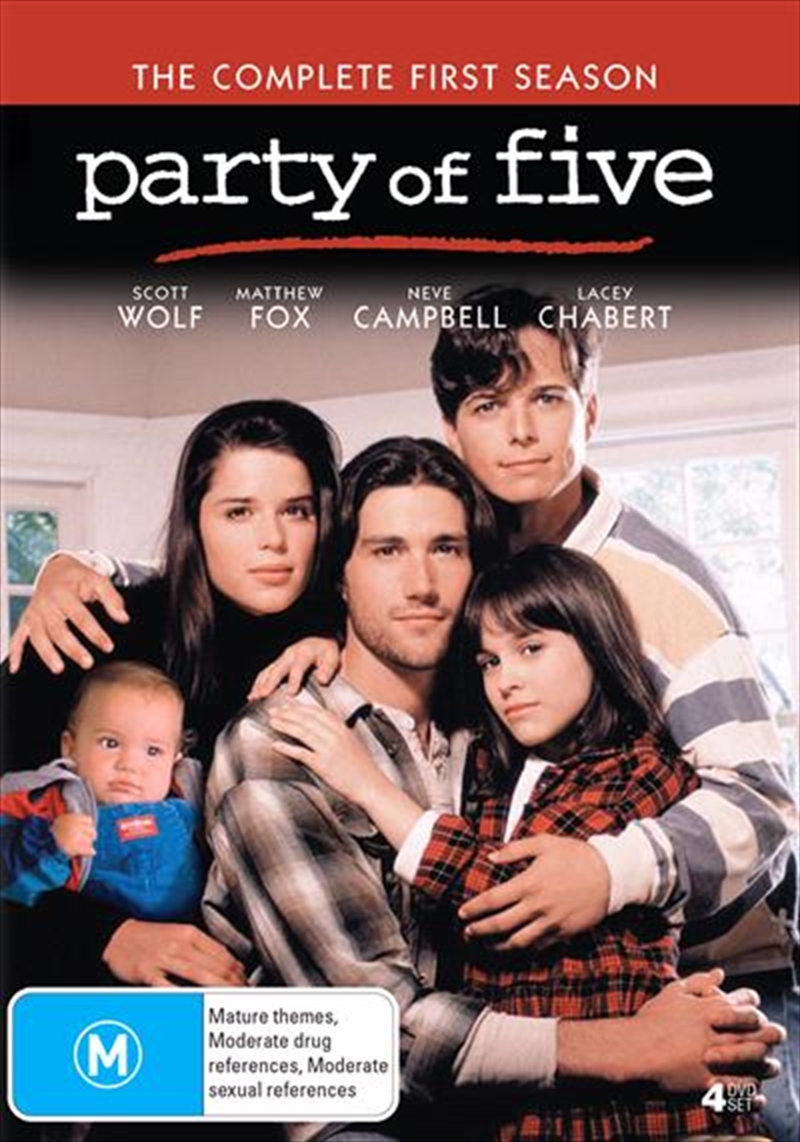 DESCRIPTION
Headlined by a talented young cast inlcuding SCOTT WOLF, MATTHEW FOX (LOST), NEVE CAMPBELL (SCREAM) and LACEY CHABERT (MEAN GIRLS), PARTY OF FIVE is the landmark TV series that followed the trials and tribulations of the Salinger children, as they faced the pressures of growing up in the shadow of their parent's recent death. Shot through with rich performances, memorable storylines plus equal doses of heartache and humour, this highly rated, long-running series became a hit with all ages. Featuring all 22 episodes of the acclaimed first season and great extra features, this DVD collection is a must own for any fan of the series that proved home really is where the heart is.
DETAILS