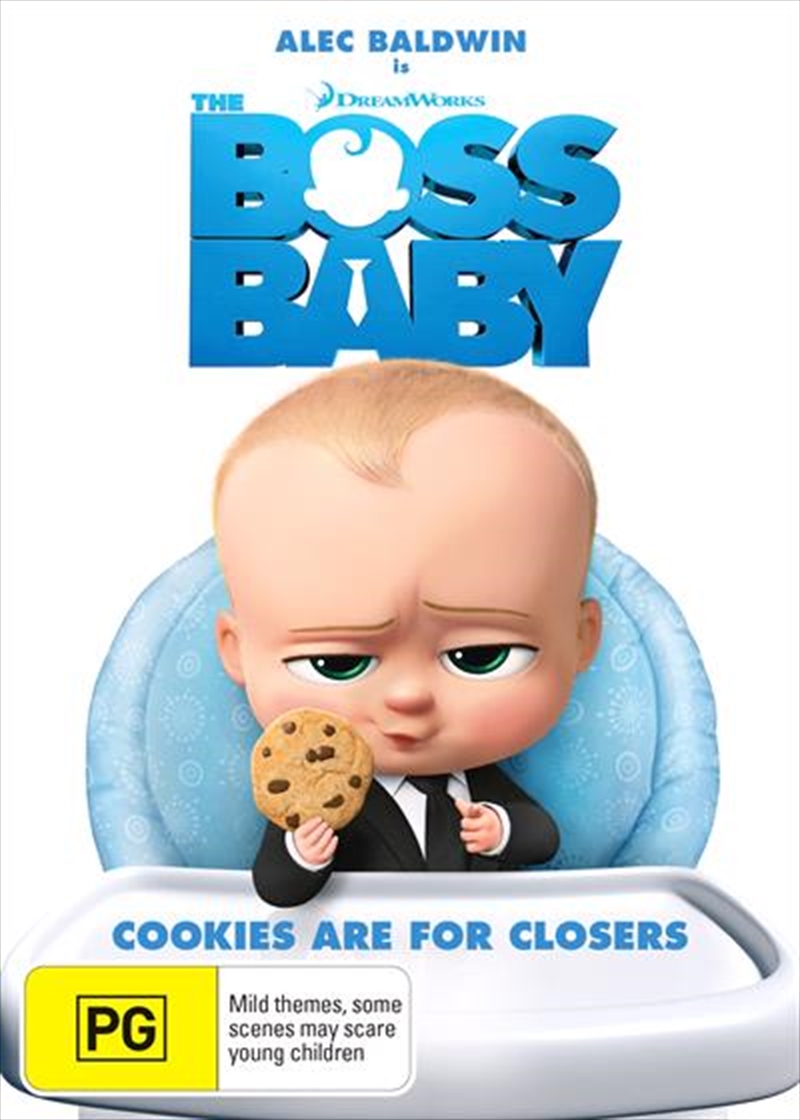 A suit-wearing briefcase-carrying baby pairs up with his seven-year old brother to stop the dastardly plot of the CEO of Puppy Co. A new baby's arrival impacts a family, told from the point of view of a delightfully unreliable narrator - a wildly imaginative 7-year-old named Tim. The most unusual Boss Baby (Alec Baldwin) arrives at Tim's home in a taxi, wearing a suit and carrying a briefcase. The instant sibling rivalry must soon be put aside when Tim discovers that Boss Baby is actually a spy on a secret mission, and only he can help thwart a dastardly plot that involves an epic battle between puppies and babies.