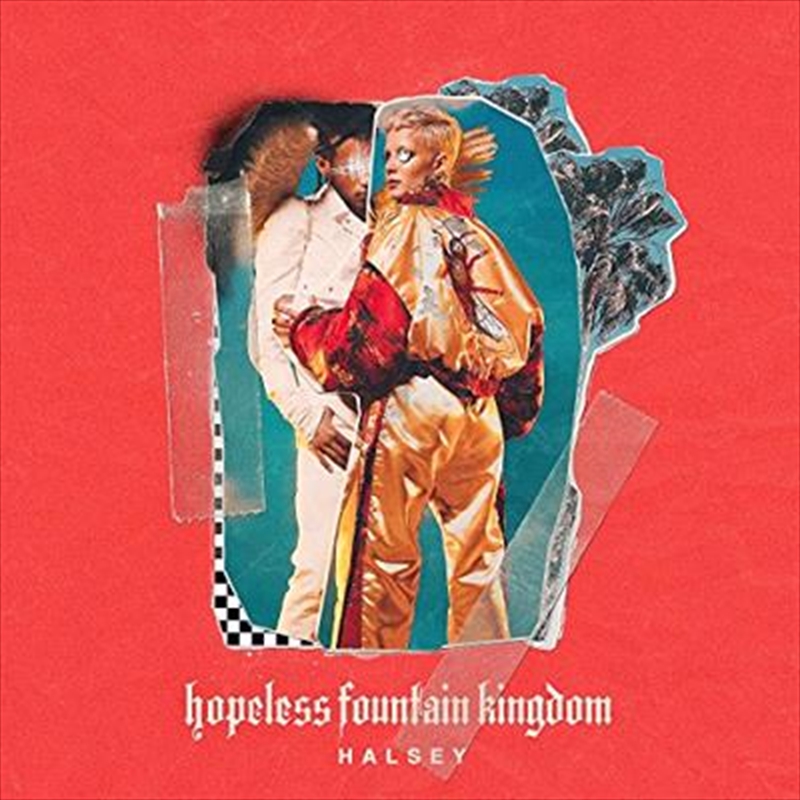 Shipping - See delivery options.
Postcode:
Quantity:
SEE MORE IN:
2 for $40 Music Halsey All 2 for $40
DESCRIPTION
Born in New Jersey, Grammy-nominated artist Halsey went from last year’s MTV Artist to Watch to selling out Madison Square Garden to a Platinum-certified debut album (US), Gold-certified (AU) BADLANDS (EMI Music Australia) in less than seven months. Halsey’s very first US tour sold-out in minutes, as did her second sold-out USA headlining tour last year. This year, she took the BADLANDS tour global with sold out dates on five continents, including Australia and she has appeared on The Tonight Show with Jimmy Fallon, Jimmy Kimmel Live, The Late Show with Stephen Colbert, and Last Call with Carson Daly. Halsey also played Falls Festival & Field Day in 2016.

BADLANDS was released on August 28, 2015, reaching #2 on the Billboard 200 chart, #2 on the ARIA Chart and spawning the platinum single “New Americana,” which reached the Top 20 on Billboard’s U.S. Alternative Songs chart along with 5 certified gold singles including "Colors" and "Castle".

“Closer,” her track with The Chainsmokers, is the most successful ARIA song of last year, the longest running #1 at Top 40 Radio of all time in the USA, is certified 4x Platinum and has over 850 million streams on Spotify. Continuing her incredible year, she was recently named Billboard's 2016 Women In Music Rising Star, was selected as one of Forbes’ 30 Under 30 honorees, and was hand-picked to perform at this December’s Nobel Peace Prize Concert in Oslo, Norway.

To kick off 2017, she appeared on the cover of Forbes’ 30 Under 30 Issue with Michael Phelps and others, participated in the Washington D.C. Women’s March, and turned words into actions with her viral twitter pledge to donate $100,000 to Planned Parenthood.