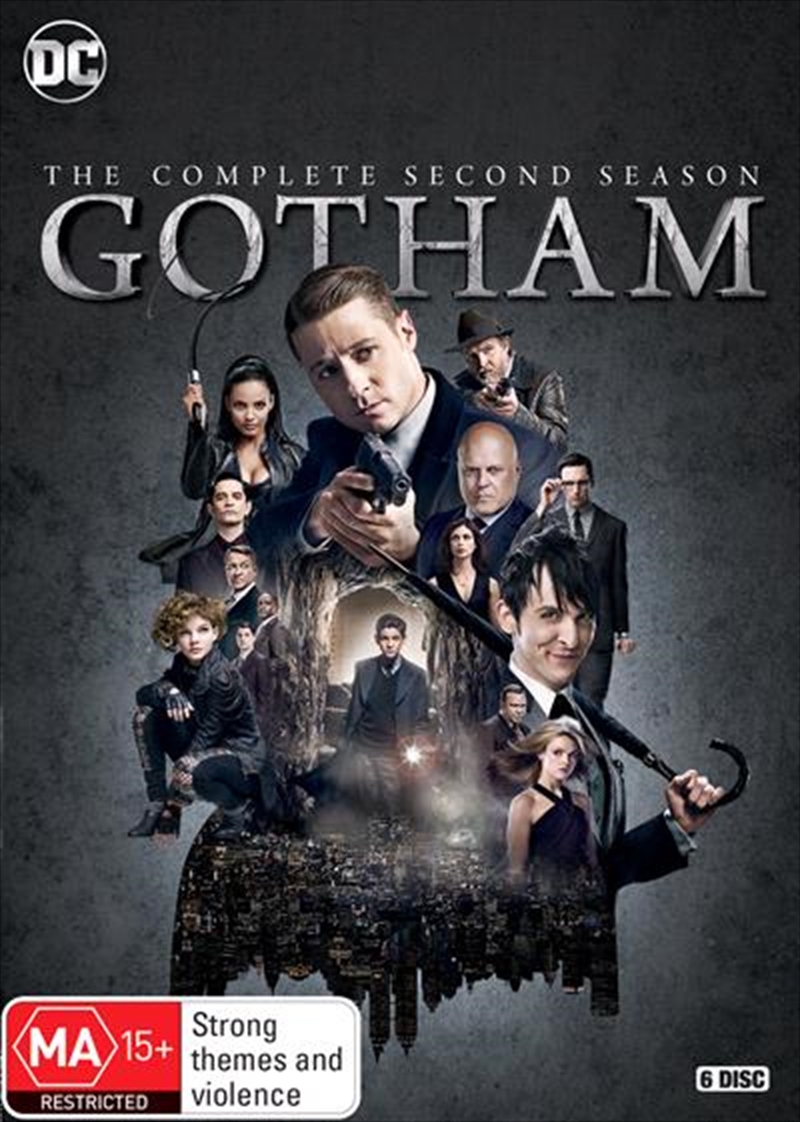 The darkness grows on GOTHAM, as super villains more ambitious and depraved are introduced, and a realignment of alliances shakes up the fight for power in Gotham City. With Detectives Jim Gordon and Harvey Bullock at the forefront of the fight against crime in this dangerously corrupt city, Season Two witnesses Gordon's moral compass wavering, as he confronts Gotham's most notorious criminals. At the same time, he continues his quest to gain the trust of the young Bruce Wayne, who is now on a clear path towards the man he is destined to become, after discovering his father's deepest secrets. In the epic turf war that occurred at the conclusion of season one, The Penguin battled his way into power over Gotham's underworld. In Season Two, GOTHAM follows the evolving stories of Edward Nygma/The Riddler, and Selina Kyle/the future Catwoman as well as the origins of new villains, including The Joker and Mr. Freeze.