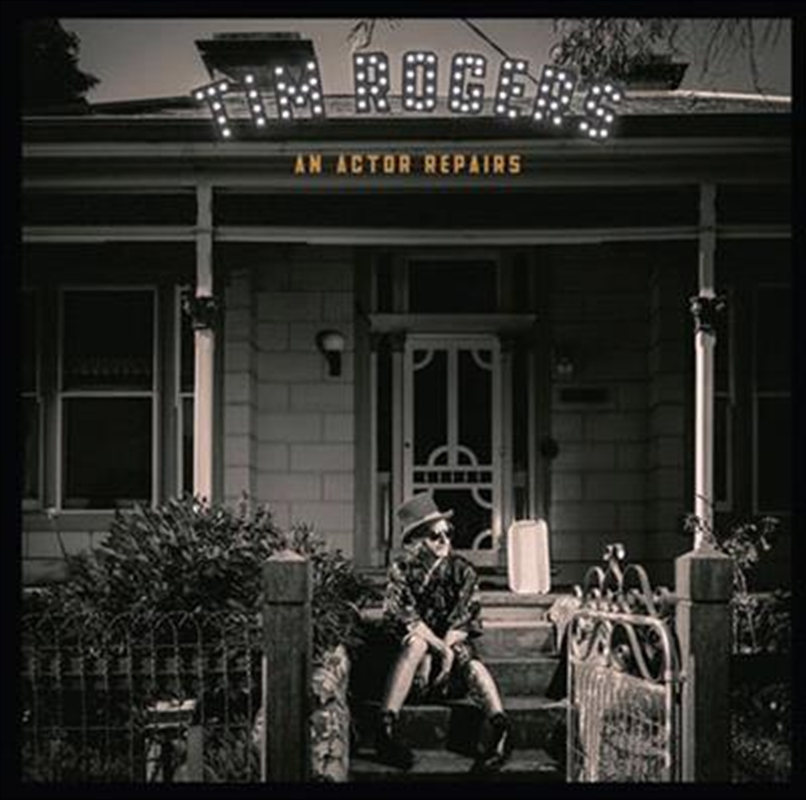 Shipping - See delivery options.
Postcode:
Quantity:
SEE MORE IN:
2 for $40 Music
Whilst You Am I have been bogged down in negotiations about a new group haircut, Tim Rogers has recorded his seventh secessionist recording ‘An Actor Repairs’, and pleads for your attention as he once again confuses hubris for artistry.

The songs on the forthcoming album were written and re-written over two years as an accompaniment to a performance piece Tim was attempting, concerning the retirement from the stage of an elderly Actor.

The scripted elements of the piece gave way as he began working with Clio Renner, Melanie Robinson, Xani Kolac, Davey Lane, Brett Wolfendon and especially Shane O’Mara on the songs. Working with musicians so dextrous and wilful, more songs were written in a fever, throwing the script away to include songs of devotion and delusion to create the final 12 tracks on the album.

The first single to be lifted from the album is Youth. Tim says ‘Youth’ is a song about a character lifting themselves by the elbows out of the well-spring and accepting the waters won’t cleanse them of their sins. It was written four times, first as a skiffle, then a torch, then a lament, ending as an enthusiasm. Brett Wolfenden commands on drums, Diamond Davey on bass, Xani And Clio as the Grecian Chorus, Rai Preirera on percussion and Shane and I shaking our heads in wonder. If this song came in a dream, knock me out forever.’ For your affection, Tim Rogers will also be touring nationally this April and May, and will be playing songs from his twenty-eight years of recordings. With accompaniment by extraordinary musicians who should know better, the shows for the tour will take on a number of different incarnations owing to schedules and concentration.

6.A Time To Be Lonely