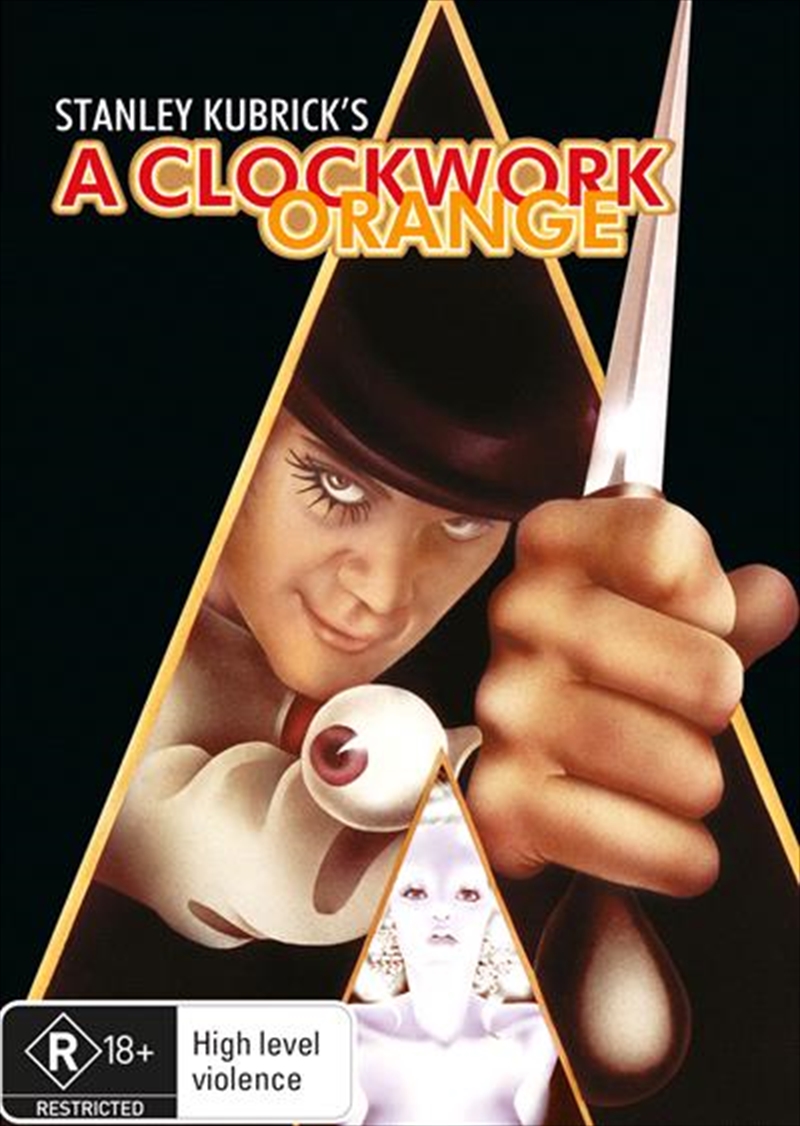 DESCRIPTION
Being the adventures of a young man ... who couldn't resist pretty girls ... or a bit of the old ultra-violence ... went to jail, was re-conditioned .

Being the adventures of a young man...who loved a bit of the old ultra-violence...went to jail, was brainwashed...and came out cured...or was he? In a futuristic welfare state, Alex, a vicious young hoodlum, sleeps all day and spends his nights roaming the city with his droogs (friends), assaulting innocent people in the streets and in their homes. Finally captured by the police, Alex undergoes rehabilitation in the form of aversion therapy as brutal and horrifying as any of his offenses.
TRAILER
DETAILS