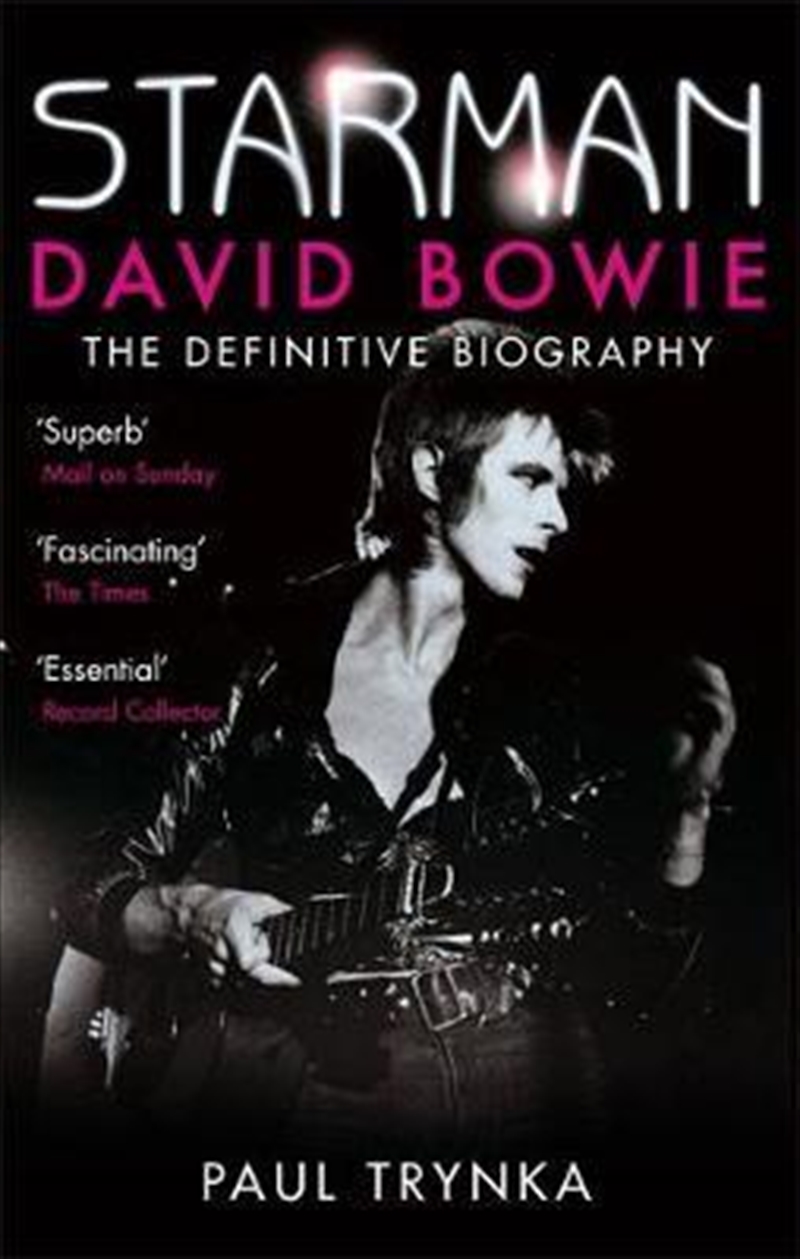 Shipping - See delivery options.
Postcode:
Quantity:
SEE MORE IN:
David Bowie Biographies Books About Music & Entertainment Music Legends
David Bowie - famously described as rock's greatest chameleon - has lived an extraordinary life. From his early years in post-war, bombed out Brixton to a troubled later childhood in Bromley, to the decadent glamour of Ziggy Stardust to his controversial Berlin period, Bowie's life has been filled with drama. One of our most fascinating stars, his story has never been satisfactorily told until now.Paul Trynka has interviewed over two hundred friends, ex-lovers and fellow musicians in order to write the definitive biography of Bowie. The result is a compelling, intimate and revealing book that will appeal to Bowie's millions of fans around the world.