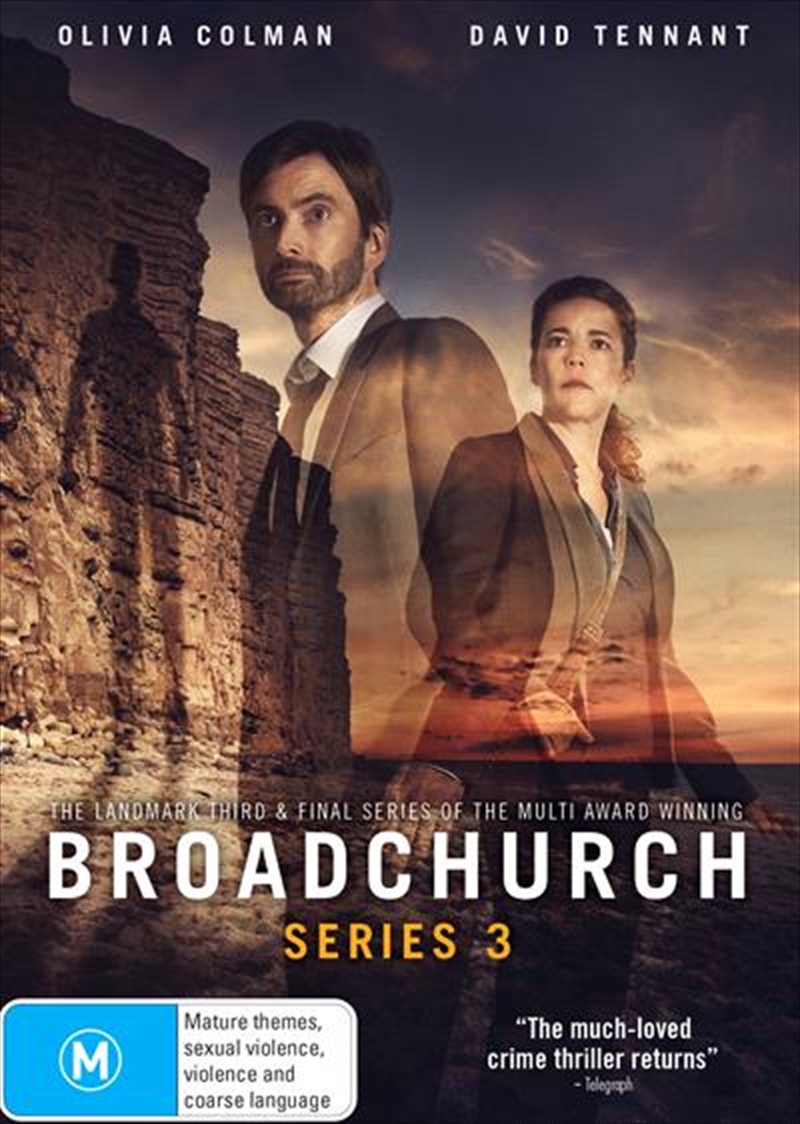 Shipping - See delivery options.
Postcode:
Quantity:
SEE MORE IN:
3 for $40 TV Broadchurch
DESCRIPTION
Ellie and Hardy are called out to attend to a woman who has reported a serious sexual assault. They take the woman - Trish Winterman - to the SARC (Sexual Assault Referral Centre) where she is examined. There's no doubt she's been raped - but where, and when, and by whom? Hardy and Ellie tell Trish that an ISVA, (Independent Sexual Violence Advisor) will be in touch soon. This person will help and guide her through the legal and investigative process that will now unfold around her. Working on a clue found at Trish's house, Hardy and Ellie discover the crime scene and call in SOCO to gather evidence. But it is an unusual and difficult crime scene - will they find anything useful? The initial forensics report confirms Hardy and Ellie's earlier suspicions - this was not an opportunistic attack, it was planned. Hardy concludes that they have a serious sexual predator at large in the town, someone who may strike again.
DETAILS