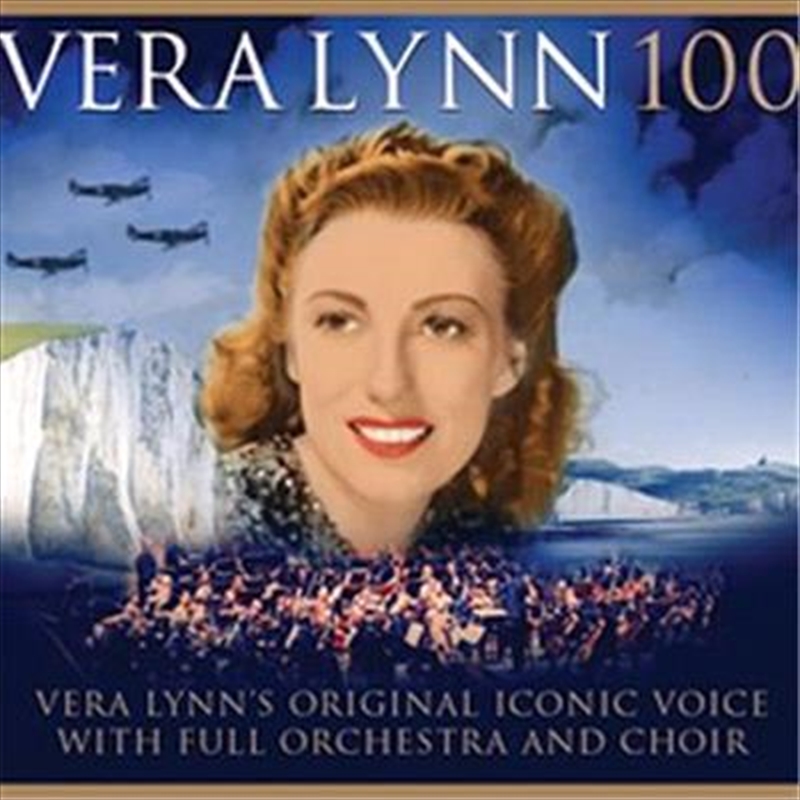 DESCRIPTION
International singing star and original “Forces' Sweetheart”, Dame Vera Lynn, is set to break all records this year as she becomes the first singer in history to release a new album at the age of 100.

Dame Vera announces her forthcoming album, ‘Vera Lynn 100’, to be released on 17th March in celebration of her 100th birthday just days later, on 20th March. ‘Vera Lynn 100’ will be released on Decca Records, the label the singer originally recorded with nearly 80 years ago, at the age of 22.

The newly recorded album features Vera Lynn’s utterly distinctive original vocals set to completely new re-orchestrated versions of her most beloved songs. This technical wizardry has, for the first time, allowed full orchestral accompaniments to transform not only her most memorable and morale-boosting hits that sustained Britons through the wartime years, but some recently unearthed, rare recordings – all presented in sumptuous, up-to-the-minute sound.

Dame Vera Lynn commented: “It’s truly humbling that people still enjoy these songs from so many years ago, reliving the emotions of that time – I was after all just doing my ‘job’ as a singer – and it’s so wonderful for me to hear ‘my songs’ again so beautifully presented in a completely new way”.

Vera is joined by an all-star line-up of chart-topping British singers to perform newly-composed duet parts alongside the star – one of the world's most popular tenors, Alfie Boe, on the poignant ‘We’ll Meet Again’, Alexander Armstrong on ‘White Cliffs of Dover’, and Aled Jones on the immortal song ‘As Time Goes By’. Also featured on the record is the million-seller ‘Auf Wiederseh’n, Sweetheart’, the track that in 1952 crowned Vera Lynn the first British performer to top the US Official Charts. To close the album, the revered RAF Squadronaires feature on the moving ‘Yours’ – the perfect tribute to Dame Vera Lynn’s late husband, Harry Lewis, who was a founder member.

Dame Vera famously boosted the Allied Forces' morale during the darkest days of World War II, and has been honoured countless times for her services to entertainment and charity. Her latest accolade came in the Queen’s 2016 birthday honours when she was made a Member of the Order of the Companions of Honour – the first person from the field of popular entertainment to do so. Over the decades, the singer’s popularity has never waned and she remains one of the world's most popular female vocalists.

3. (There'll Be Bluebirds Over) The White Cliffs of Dover feat. Alexander Armstrong

4. Wish Me Luck As you Wave Me Goodbye

7. The Loveliest Night of the Year

8. When You Wish Upon a Star feat. Cynthia Erivo

9. A Nightingale Sang in Berkeley Square feat. The Ayoub Sisters