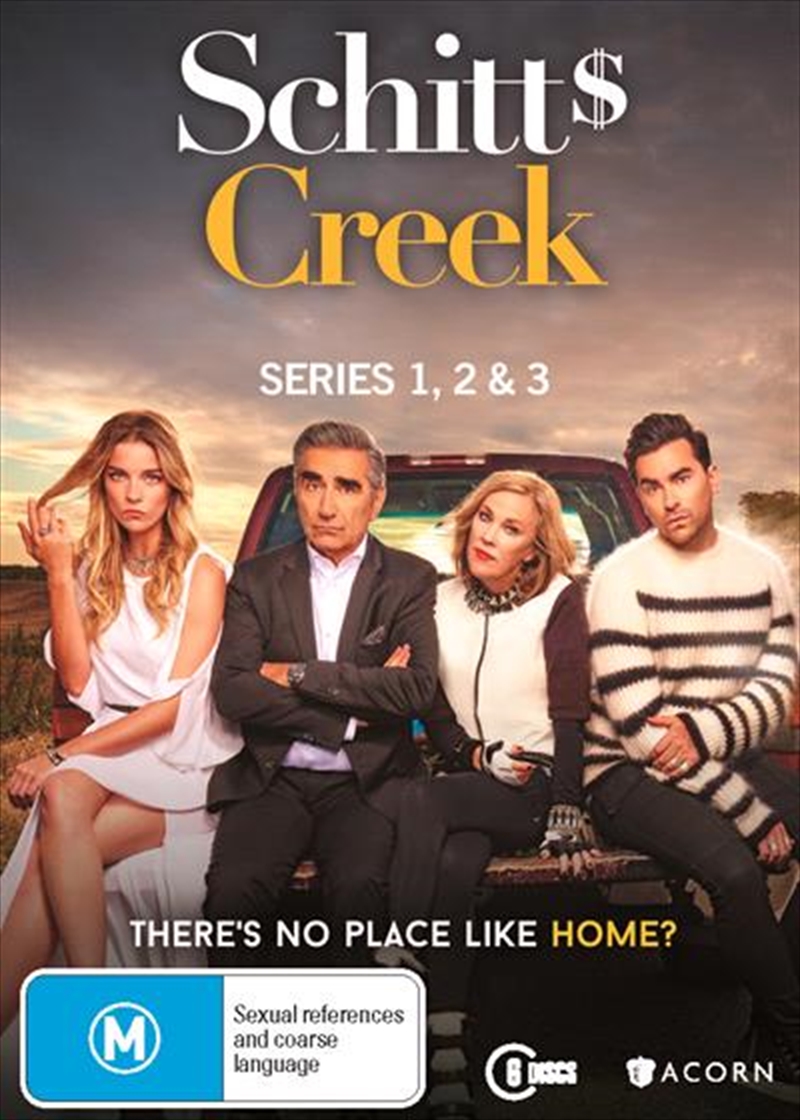 Shipping - See delivery options.
Postcode:
Quantity:
SEE MORE IN:
2 for $40 TV All 2 for $40 Schitt's Creek
DESCRIPTION
This is NOT what we meant by 'Greener Pastures'

When filthy-rich video store magnate Johnny Rose (Eugene Levy), his soap star wife Moira (Catherine O'Hara) and their two kids, ber-hipster son David (Dan Levy) and socialite daughter Alexis suddenly find themselves broke, they are forced to leave their pampered lives to regroup and rebuild their empire from within the rural city limits of their only remaining asset - Schitt's Creek, an arm pit of a town they once bought as a joke.
DETAILS