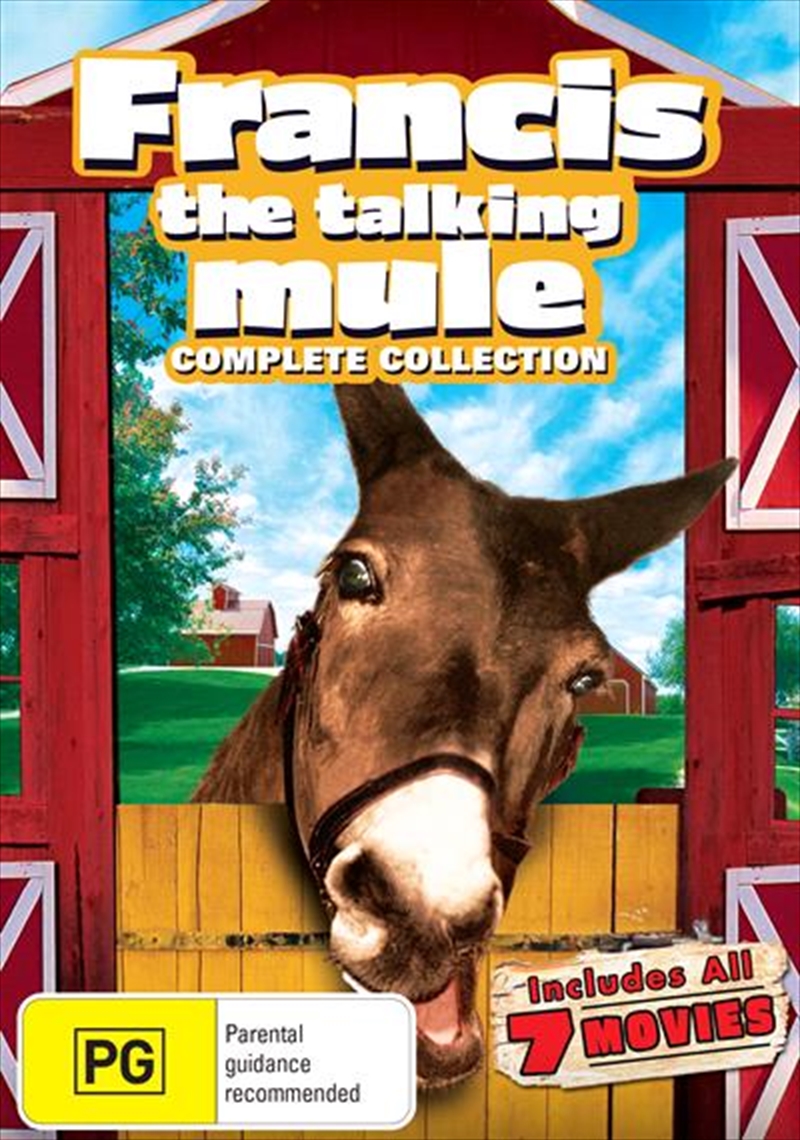 Shipping - See delivery options.
Postcode:
Quantity:
SEE MORE IN:
Up To 50% Off Boxsets Bingeworthy Boxsets
DESCRIPTION
FRANCIS THE TALKING MULE COMPLETE COLLECTION features the hilarious escapades of the delightfullyfunny, old army mule who happens to talk! Including all 7 movies from one of the most beloved comicseries, Donald OConnor stars as bewildered soldier Peter Stirling, who is helped out of one tricky situationafter another by the unlikeliest of heroes, his pal Francis. Join the smart-alecky talking mule who continuesto enchant audiences with his yackety-yakking, wise-cracking antics that the whole family can enjoy!Featured in this collection are: Francis Goes to the Races, Francis Goes to West Point, Francis inthe Haunted House, Francis in the Navy & Francis Joins the WACS.
DETAILS