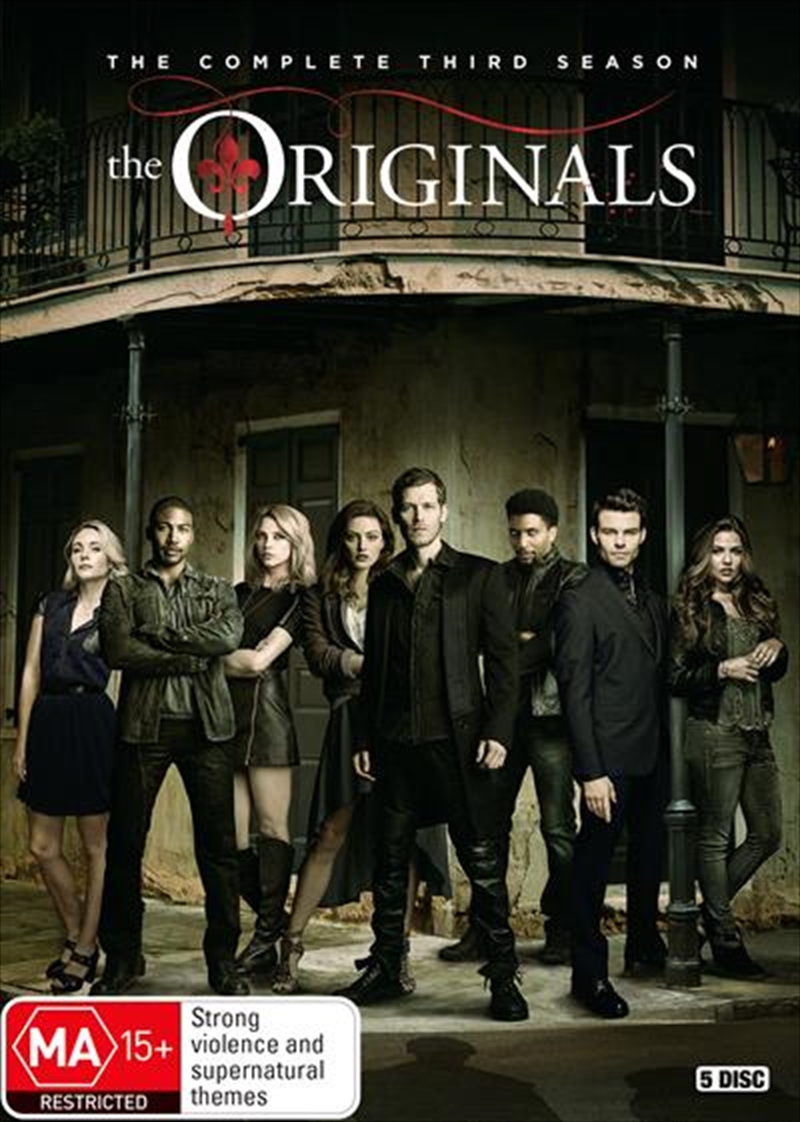 Shipping - See delivery options.
Postcode:
Quantity:
SEE MORE IN:
2 for $40 TV The Originals All 2 for $40 Cant Seem To Stream
DESCRIPTION

The tragedies and triumphs continue as hit series The Originals enters its third season. The Original vampire-werewolf hybrid Klaus Mikaelson and his brother Elijah have spent 1,000 years fighting to protect their dysfunctional family, but now that Klaus and the hybrid Hayley share an infant daughter, Hope, the stakes are higher than ever. Season three finds Klaus and Elijah estranged from each other, even as both brothers adjust to life with their long-lost sister, Freya. Hayley suffers mightily at the hands of Klauss petty vengeance, while Marcel and Davina rule the city under a new status quo. Meanwhile, Cami and Vincent find themselves caught up in a surprising mystery involving the newest resident of New Orleans the first vampire ever sired by the Mikaelsons a thousand years ago. Joseph Morgan, Daniel Gillies, Phoebe Tonkin, Charles Michael Davis, Leah Pipes, Danielle Campbell, Yusuf Gatewood and Riley Voelkel star.
TRAILER
DETAILS