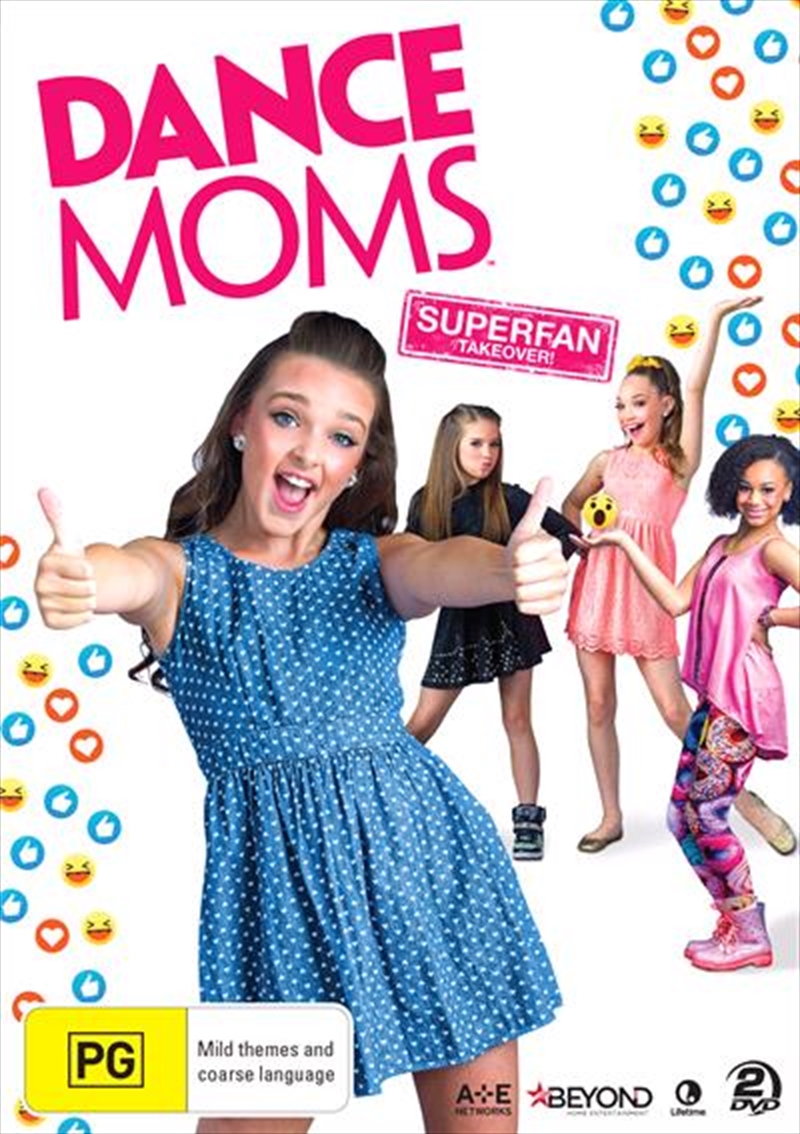 Shipping - See delivery options.
Postcode:
Quantity:
SEE MORE IN:
Ballerina Dance Moms
DESCRIPTION
This special release of Dance Moms Superfan Takeover features never-before-released bonus commentary, facts and trivia throughout five classic episodes from the series. Join Maddie, Nia, Kendall, Mackenzie and JoJo as they wind back the clock showcasing some of the most memorable moments from Dance Moms!
Stealing The Show - Abby gives each girl one solo dance for the next competition. However, she gives two solos to her star dancer, Maddie, clearly providing her with an advantage over the others.
Dying To Dance - On their way to a big competition, Christi finds out her grandmother has just been admitted to a hospital. She now must choose what's more important to her, go to the hospital or go to the dance competition.
But I'm A National Champion - The real moms are back and the replacements are out, with the exception of one, Sophia Luccia. How will the moms react to Abby's newest superstar Sophia aka the new Maddie?
All's Fair In Love And War - The ALDC heads to New Jersey with a group number all about love. Before they leave for the competition, the moms take Abby speed dating in the hopes that if she found a man.
Two Girls, One Solo - Abby's decision to have Maddie and Chloe dance the exact same solo shocks the moms and promises to finally prove who is the best dancer at the Abby Lee Dance Company.
DETAILS