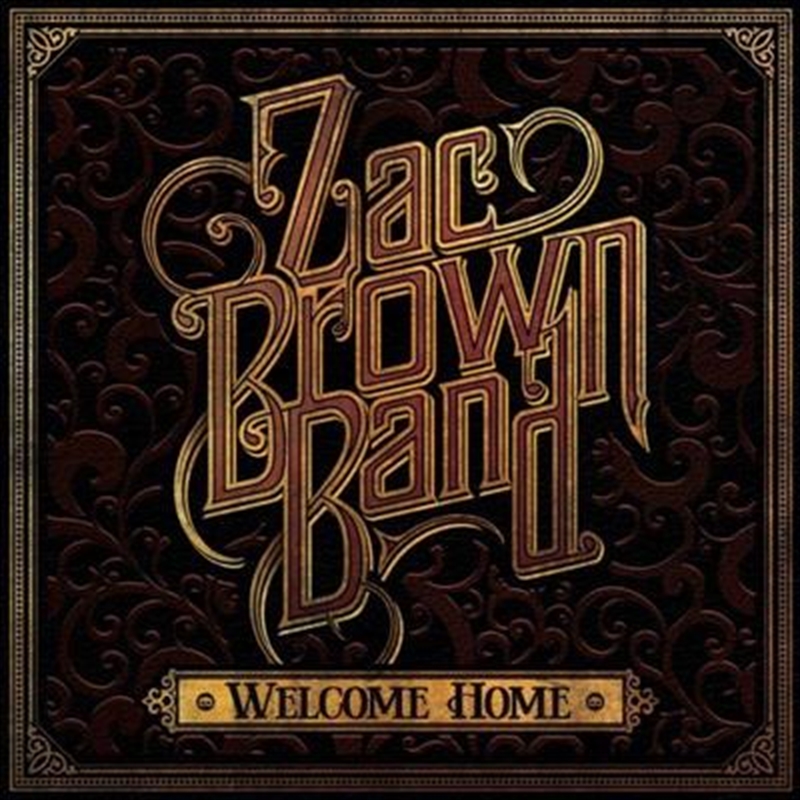 Produced by Grammy-Award winning producer Dave Cobb (Chris Stapleton, Sturgill Simpson, Jason Isbell) and In The Arena Productions, and recorded at Southern Ground Nashville studio, 'Welcome Home' is not only a return to the band's roots but also a return to The Foundation, the band's debut album that is now 5X platinum in the US.

The theme of reflection is echoed throughout the 10-track album. First single "My Old Man" paints a poignant picture of the ever-changing relationship between fathers and sons, while "2 Places at 1 Time" is about juggling the conflict between life on the road and the comforts of home, and "Roots" honours the band's journey from their humble beginnings. In addition, the band continues their tradition of recording a cover song they all admire, this time with John Prine's "All The Best."

"This is the most personal album we've ever done and we're very proud of it," said Brown. "Welcome Home."

"Since the first time I saw Zac Brown Band in Atlanta in 2008, they have continued to evolve as incredible songwriters, performers, and record makers," says Elektra President Gregg Nadel. "They've made a brilliant new album that marks a return to the band's roots, and I am thrilled to 'welcome home' ZBB to the Elektra family."

'Welcome Home' is the follow-up to 'Jekyll + Hyde,' the three-time Grammy-winning multi-platinum artists' fourth consecutive #1 debut on the Billboard 200 chart. Their 2016 Black Out The Sun tour broke attendance records at Camden's BB&T Pavilion and Boston's Fenway Park, and the Country Music Hall of Fame and Museum opened a career-spanning exhibition exploring the group's rise to fame. All this built on the group's three platinum-selling albums ('Uncaged,' 'You Get What You Give,' and 'Jekyll + Hyde'), 5x platinum 'The Foundation,' their 2013 project 'The Grohl Sessions Vol. 1,' 25 million singles and eight million albums sold, and a historic fifteen #1 radio singles, along with the distinction of becoming the second act ever to top both the country and active rock formats.