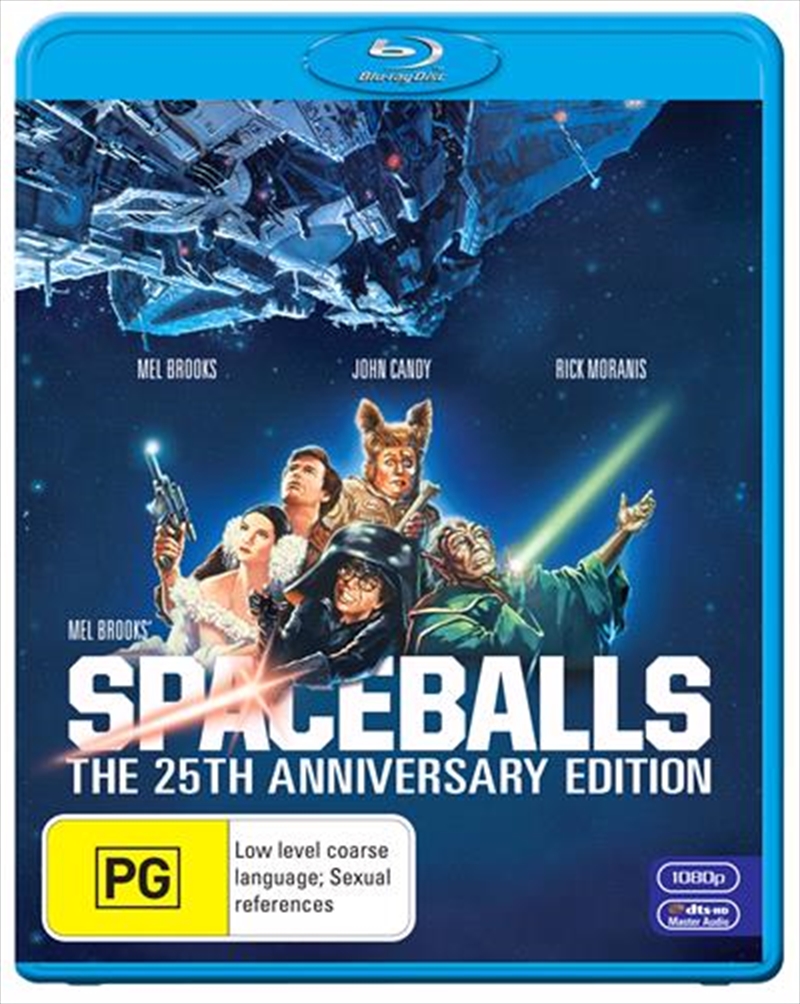 The Farce will be with you in this outrageously hilarious send-up of epic sci-fi movies, created by comic genius Mel Brooks. Boasting a cast of cosmic crazies, it's a four-star comedy sensation that scores eight trillion on the laugh meter! Princess Vespa (Daphne Zuniga), whose hairstyle surely ranks as one of the universe's oldest creations, is kidnapped by the evil Dark Helmet (Rick Moranis). But fear not! Lone Star (Bill Pullman) and his half man, half dog sidekick Barf (John Candy), blast into action in their space Winnebago, struggling against time (and their own limited intelligence) to rescue the Princess. Along the way they'll confront the gooey Pizza the Hutt, a sassy robot named Dot Matrix, and a little creature called Yogurt who possesses the mystical power of the Swartz. The gags fly faster than laserblasts as the fearless and clueless space heroes wage interstellar warfare for life, liberty and the pursuit of massive merchandising opportunities. Lampooning everything from 'Star Wars' and 'Alien' to 'Planet of the Apes', this hysterically funny space oddity will send you into hyperspace with fits of laughter!
TRAILER
DETAILS