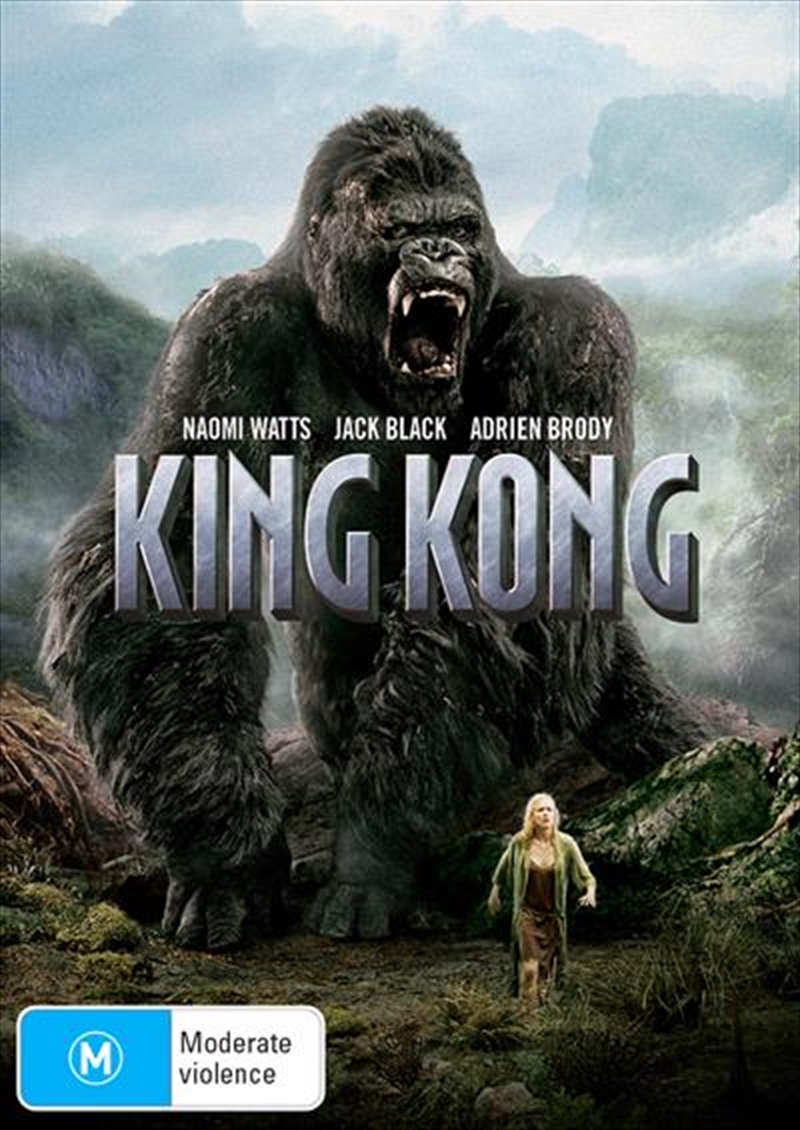 The eighth wonder of the world.

Academy Award winning director* Peter Jackson (The Lord of the Rings Trilogy) brings his sweeping cinematic vision to King Kong. Naomi Watts, Adrien Brody and Jack Black star in this spectacular film filled with heart-pounding action, terrifying creatures and groundbreaking special effects unlike anything youve seen before! Get ready for breathtaking action in this thrilling epic adventure about a legendary gorilla captured on a treacherous island and brought to civilisation, where he faces the ultimate fight for survival. Experience the movie that critics are hailing as "Here is the JAW DROPPING, EYE-POPPING, HEART-STOPPING movie epic we've been waiting for.." - Rolling Stone
TRAILER
DETAILS