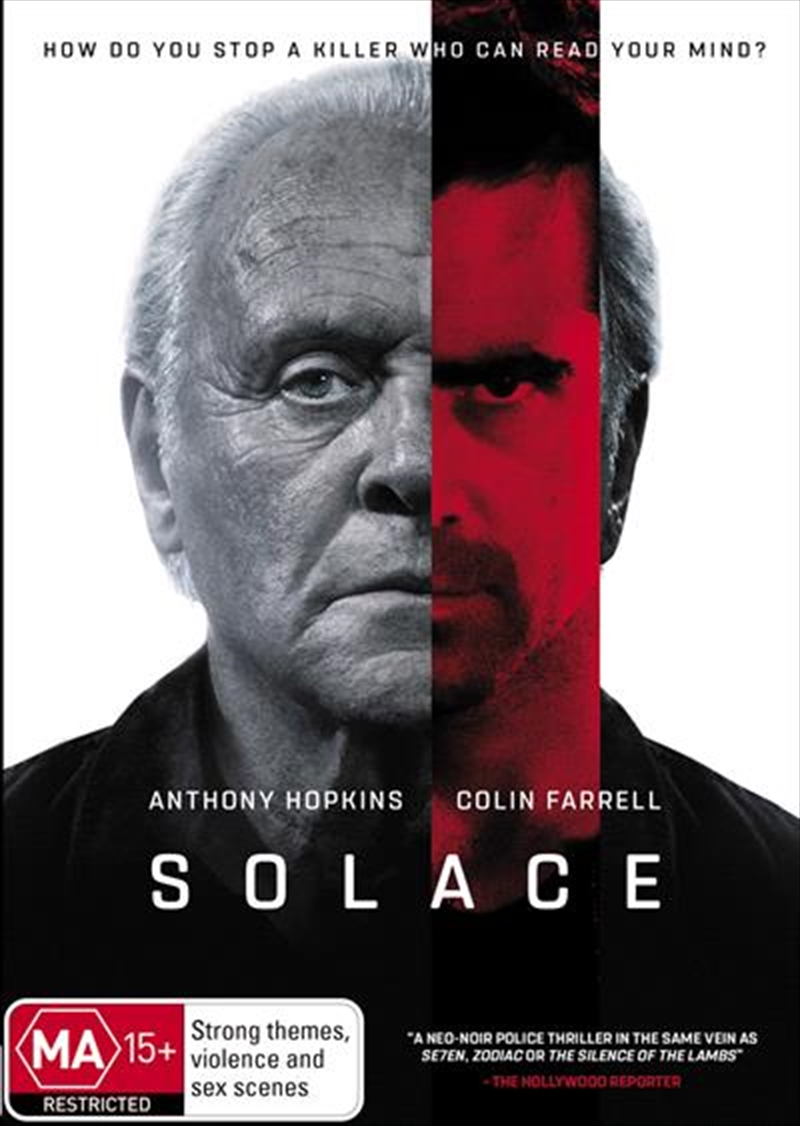 A serial killer who can see your future, a psychic who can save it.

Solace tells the story of a veteran FBI detective (Morgan) and his younger ambitious partner (Cornish) who enlist the help of the reclusive, retired civilian analyst, Dr. Clancy (Hopkins) to help solve a series of bizarre murders. When Clancy's exceptional intuitive powers, which come in the form of vivid and disturbing visions, put him on the trail of the killer (Farrell), the doctor soon realizes his gift of second sight is little match against the extraordinary powers o this elusive murderer on a mission.