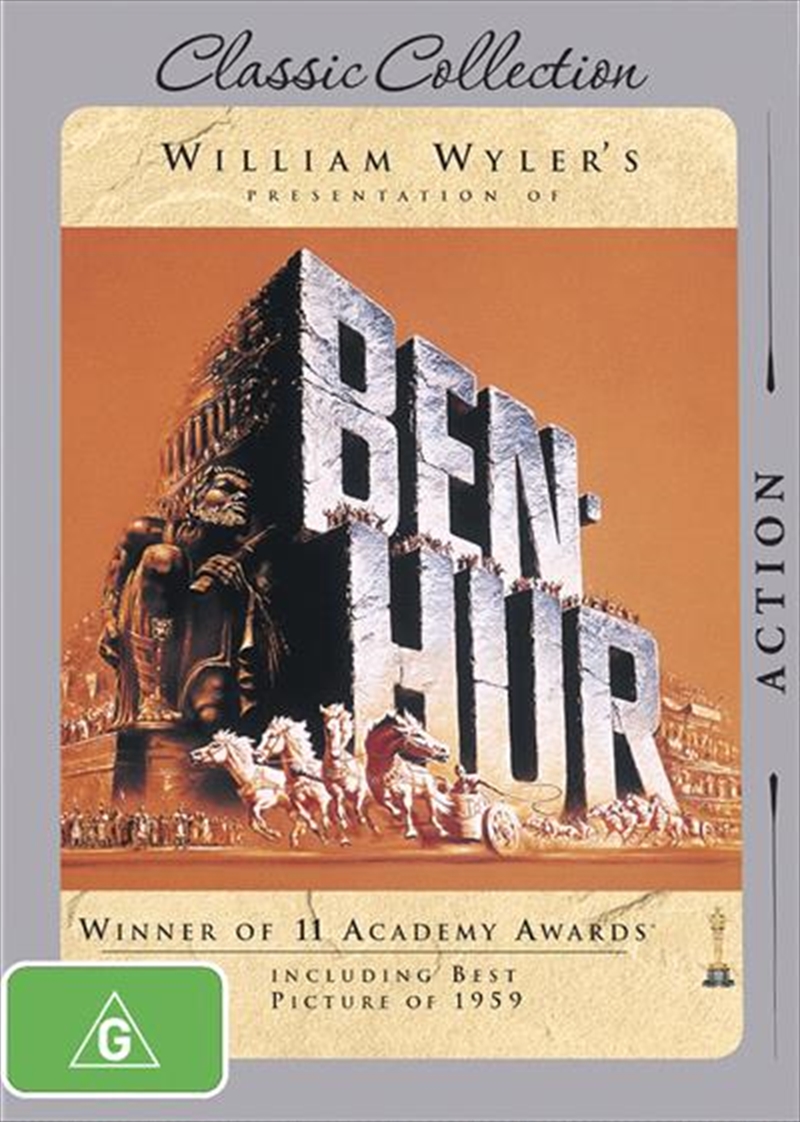 Want to click and collect? Check store availability
3 for $20 Movies

SEE MORE IN:
3 for $20 Movies Cant Seem To Stream
DESCRIPTION
The numbers speak volumes: 100,000 costumes, 8,000 extras, 300 sets and a staggering budget that in its day was the largest in movie history. But impressive numbers don't tell the whole story. Because Ben-Hur's creators didn't just make it big. They made it the best, the greatest Biblical-era epic ever.Charlton Heston brings a muscular physical and moral presence to the role of Judah Ben-Hur, a Jewish nobleman in Palestine, whose heroic odyssey includes enslavement by the Romans, a bold escape from an embattled slave galley, vengeance against his tormentors during a furious arena chariot race and fateful encounters with Jesus Christ. Heston's charismatic performance brought him the Best Actor Oscar. The winner of 1959's Best Picture, with the legendary William Wyler earning his third Best Director trophy, the film won a total 11 Academy Awards - a tally unequalled until 1997's Titanic set sail.
TRAILER
DETAILS