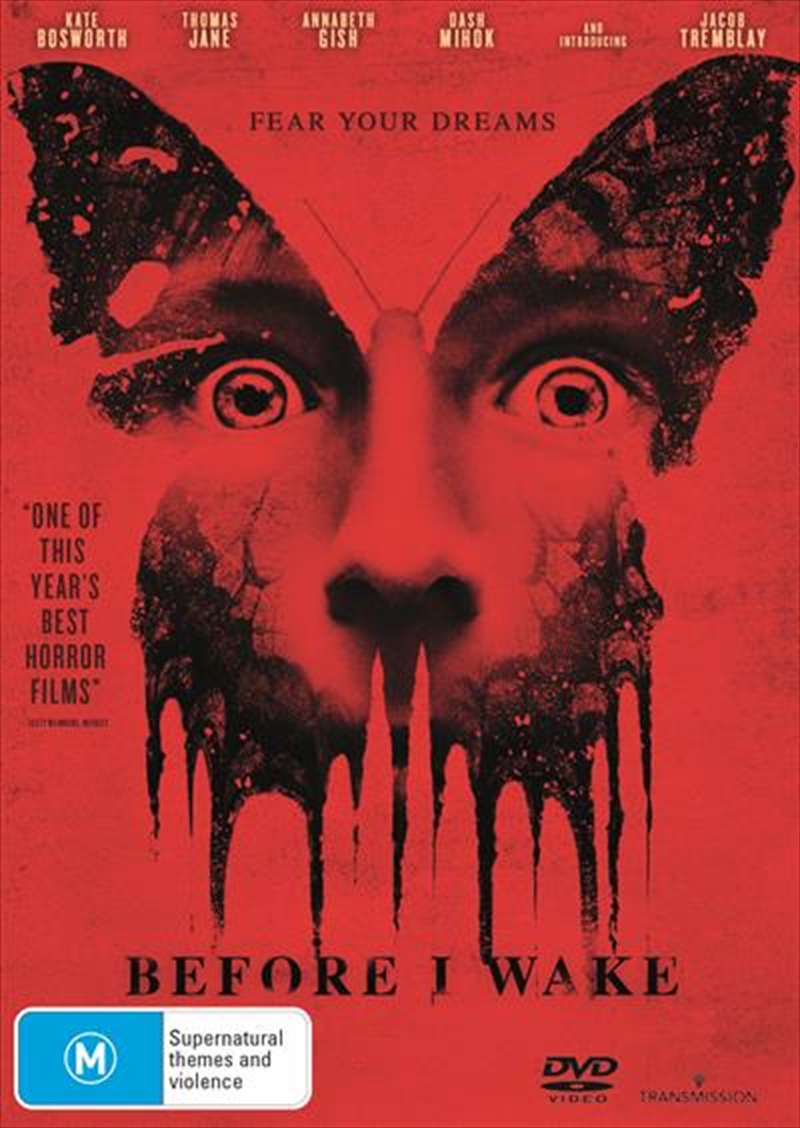 In this supernatural thriller, Jessie and Mark, recovering from the death of their son Sean, decide to take in 8-year-old Cody as a foster child. Cody seems sweet, loving and bright in every way, except that he is afraid to sleep. They soon discover why: Cody's dreams manifest in reality as he sleeps. In Jessie's grief, she tries to use Cody's supernatural abilities to reconnect with her dead son. Soon she discovers that Cody's nightmares manifest as well, as they experience both the intense wonder - and intense terror - that only a child's imagination could conjure. To save their new family, Jessie and Mark mmust uncover the truth behind Cody's nightmares.

Title: Before I Wake