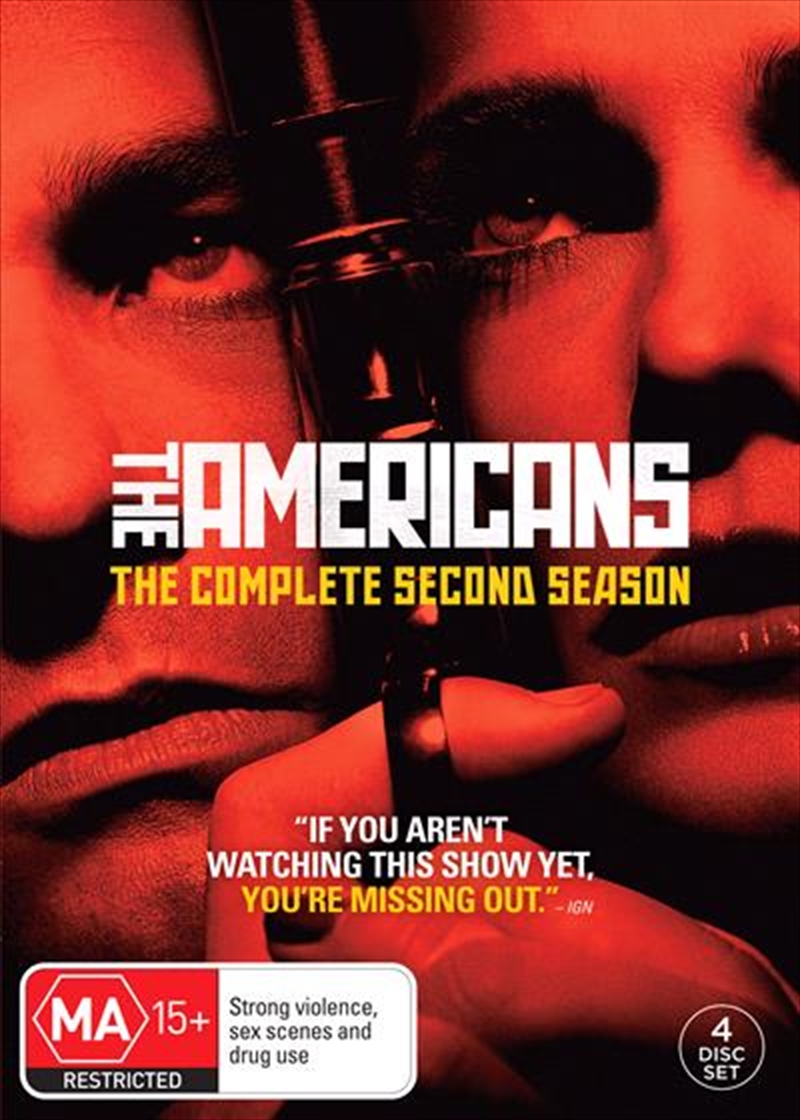 Shipping - See delivery options.
Postcode:
Quantity:
SEE MORE IN:
2 for $40 TV The Americans All 2 for $40
DESCRIPTION
All's fair in love and cold war.

THE AMERICANS is a period drama about the complex marriage of two KGB spies posing as Americans in suburban Washington D.C. shortly after Ronald Reagan is elected President. The arranged marriage of Philip (Matthew Rhys) and Elizabeth Jennings (Keri Russell), who have two children 14-year-old Paige (Holly Taylor) and 11-year-old Henry (Keidrich Sellati), who know nothing about their parents true identity grows more passionate and genuine by the day, but is constantly tested by the escalation of the Cold War and the intimate, dangerous and darkly funny relationships they must maintain with a network of spies and informants under their control.
TRAILER
DETAILS