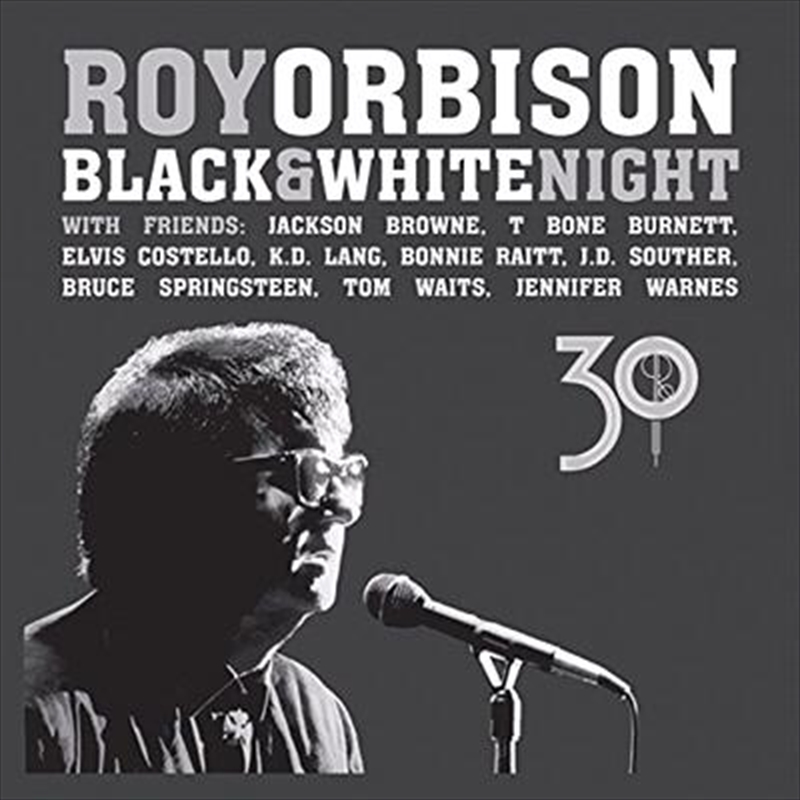 Black & White Night 30 has been entirely re-edited, from hundreds of hours of footage that went unused and unseen, so while the look will be familiar to those that have seen the original version, the vast majority of footage in Black & White Night 30 has never been seen before by the public. The program has also been restored to reflect the correct set order, so that viewers can see Roy, brilliantly backed by Elvis Presley’s TCB Band, blast through massive Orbison hits such as “Only the Lonely,” “In Dreams” and “Crying” just as the star-studded live audience witnessed them on that very night.

Also included is a brand new 33-minute mini-documentary consisting of rehearsal footage and pre and post show interviews with Bruce Springsteen, Elvis Costello, k.d. lang, Bonnie Raitt and Jackson Browne from that night. Absolutely none of this content has ever been released commercially, and until recently, has only been rumoured to exist.
DETAILS

1. (All I Can Do Is) Dream You (Alternate Version)