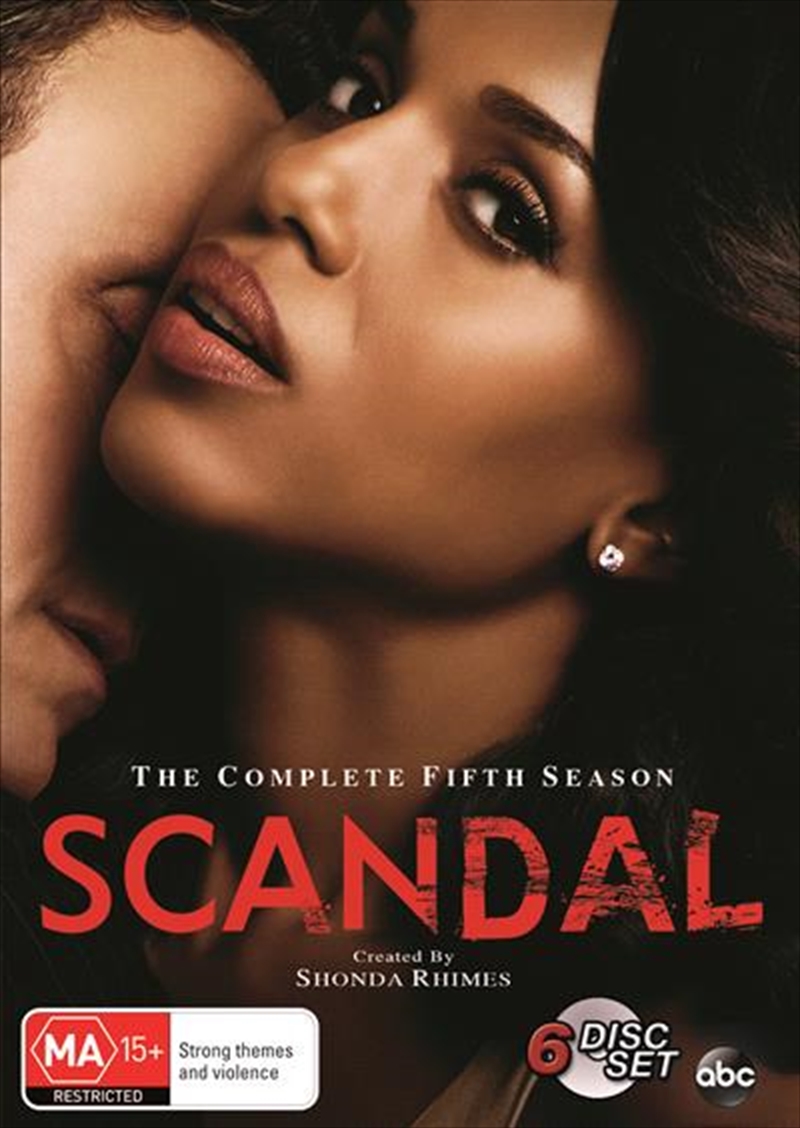 The hottest show on television takes ruthless ambition to all-new heights of shock and awe in the game-changing fifth season of Scandal.

The Oval Office is up for grabs, and none of the players are playing nice, including Olivia Pope (Kerry Washington), who now realizes she can never be content as a wifely First Lady. Domestic bliss pales in comparison with holding the reins of the highest office in the land, so when faced with a chance to wield unrivaled influence at any cost, will she continue to wear the white hat... or prove that she is, indeed, her father's daughter? Prepare for a battle royale as Olivia, the White House politicians and the O.P.A. "gladiators" play an anything-goes game of blackmail, murder and seduction in a bid for that all-consuming, all-corrupting commodity: Power.

Succumb to all 22 intoxicating episodes, spiced with exclusive, never-before-seen bonus features. Relive every drop of scintillating drama as you raise a glass to Scandal: The Complete Fifth Season.