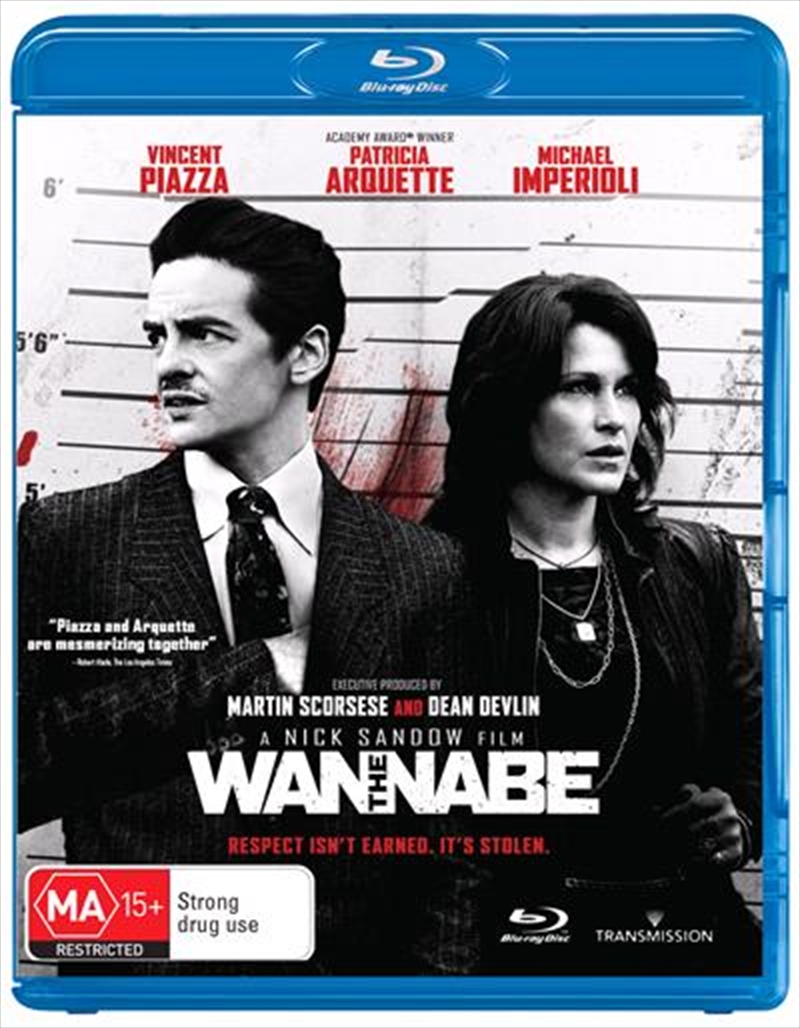 An aspiring gangster (Vincent Piazza) and his new girlfriend (Patricia Arquette) embark on a crime spree against the mob in 1990s New York. Based on true events, The Wannabe, a story about Thomas, a man obsessed with Mafia culture during the 1990s in New York City. When Thomass failed attempts to fix the trial of infamous mobster John Gotti gets him rejected by the people he idolizes most, he sets off on a drug infused crime spree with his girlfriend and longtime mob groupie, Rose, by brazenly robbing the local Mafia hangouts.