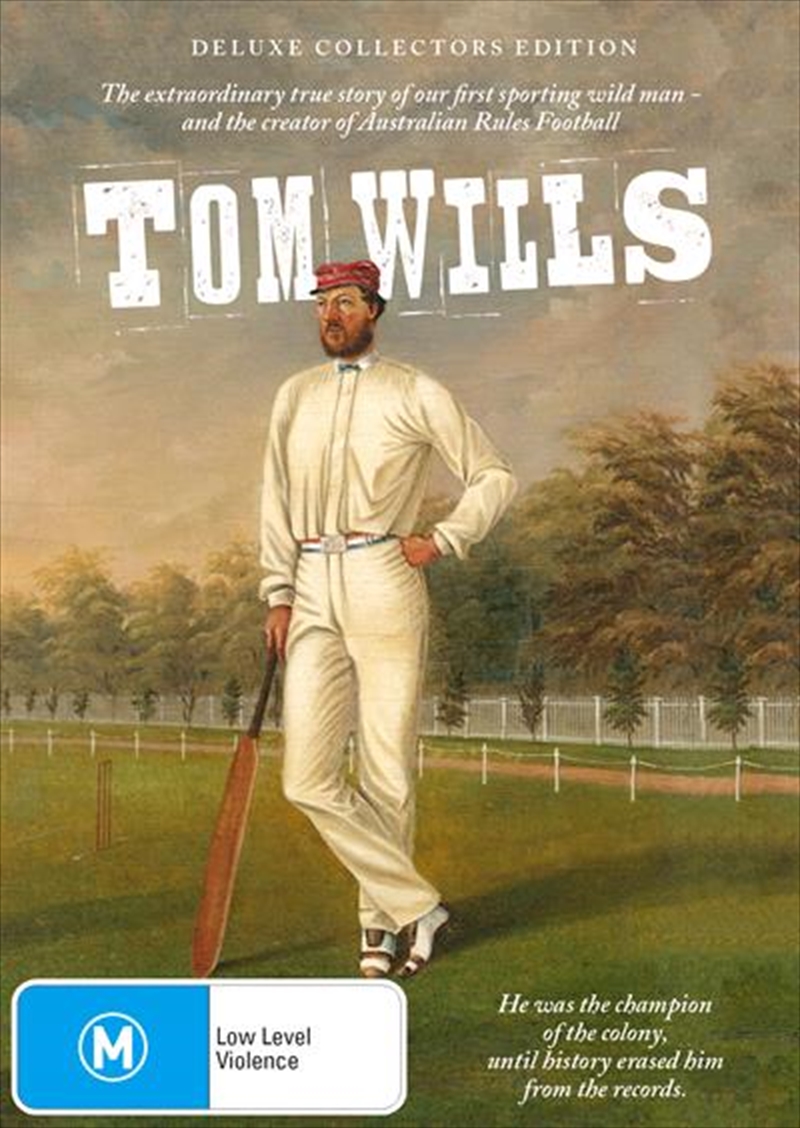 Shipping - See delivery options.
Postcode:
Quantity:
SEE MORE IN:
3 for $20 Movies & More Documentaries
DESCRIPTION
The incredible true story of Australia's first celebrity sportsman. In the 1860's TOM WILLS was the finest cricketer and footballer of his era - The Champion of The Colony. Until history erased him from the record books after his tragic death. TOM WILLS is a classic Australian tragic hero. He was the man who declared we need a game of our own and was central to the creation of Australian Rules football. The man who captained the Victorian cricket team many times and coached the first Australian team to ever play in England. A pioneer in Anglo-Indigenous relations and founder of some of the countrys most revered sporting clubs. The same champion who took his own life at just 40 years of age, whilst consumed by hallucinations and delusional tremors and was subsequently written out of Australian history for the next 80 years.The quest for an Australian identity is reflected through the epic story of Tom Wills: 19th Century sporting icon, father of Australian Rules Football, emancipist, larrikin, delusional alcoholic and fallen, tragic hero.This is the incredible true story of Tom Wills.
DETAILS