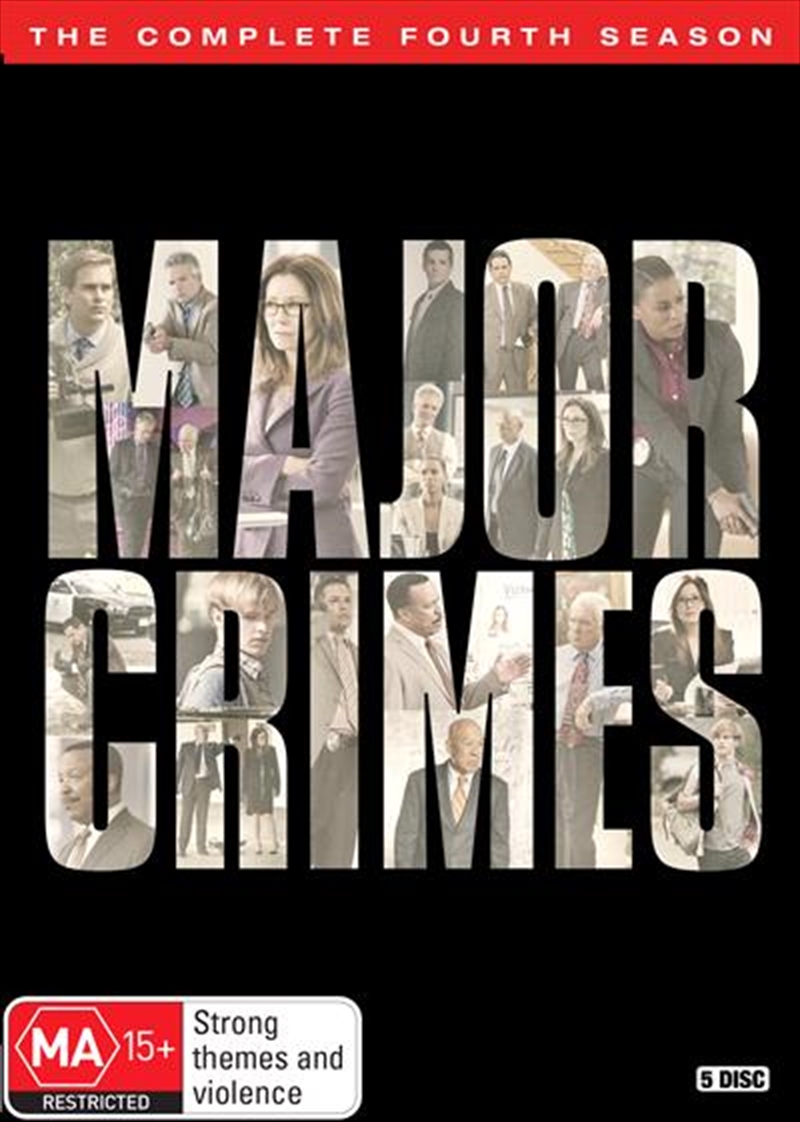 Phillip Stroh may be gone, but Major Crimes is back! The powerful crime drama featuring some of TV's favorite characters continues for another season of gripping cases, as law enforcement officers and prosecutors work together to score a conviction. Led by Mary McDonnell as Los Angeles Police Chief Sharon Raydor, the fantastic ensemble cast also features G.W. Bailey, Tony Denison, Michael Paul Chan, Raymond Cruz, Kearran Giovanni, Graham Patrick Martin, Phillip P. Keene, Jonathan Del Arco and Robert Gossett. Season four focuses on themes of courage, both in the personal and professional lives of the squad. Plus, Rusty, who is now officially adopted by Sharon, finds a passion that drives him - something Provenza is not too pleased about.
TRAILER
DETAILS