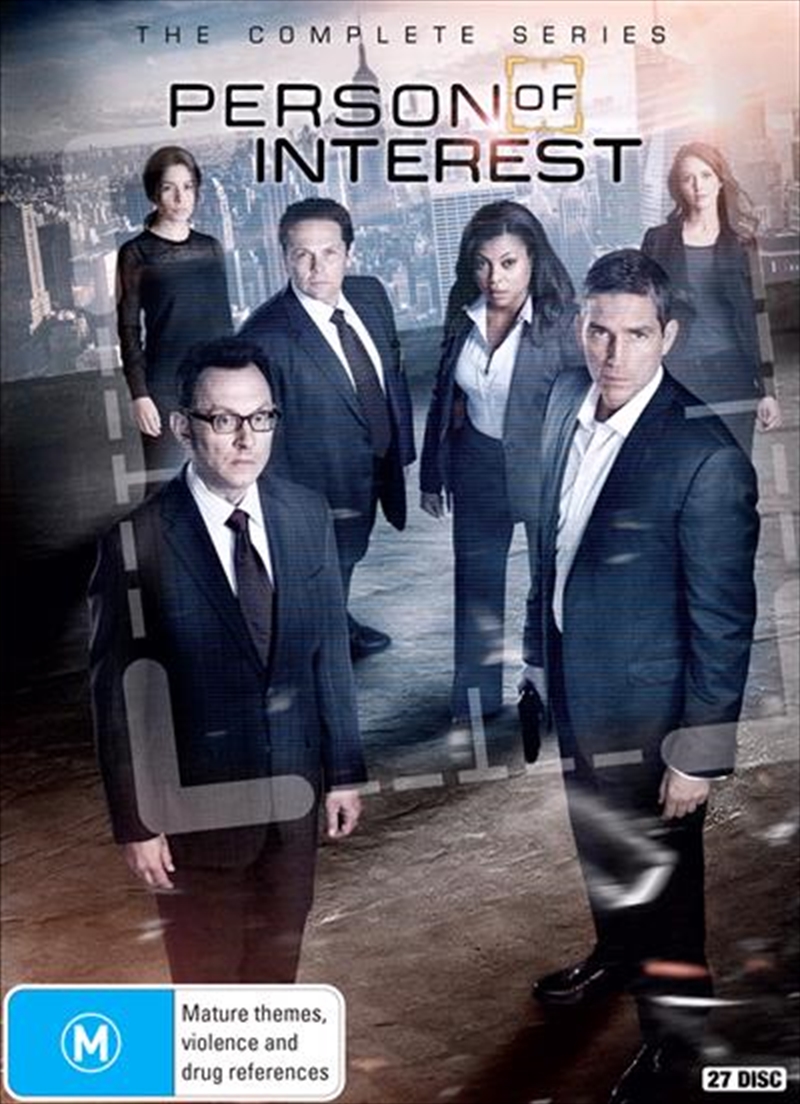 What do you get when you team a presumed-dead former CIA agent with a mysterious billionaire genius and a high-tech surveillance computer known as The Machine, which can identify ordinary citizens - or terrorists - who are about to commit a crime?. PERSON OF INTEREST: The Complete Series is the sensational conspiracy crime thriller with a unique brand of vigilante justice that's become one of the world's most obsessed-about TV series. JIm Caviezel, Michael Emerson, Taraji P. Henson and Kevin Chapman star in a s world where technology has the ability to protect us - or to become as corrupt as the power behind it.