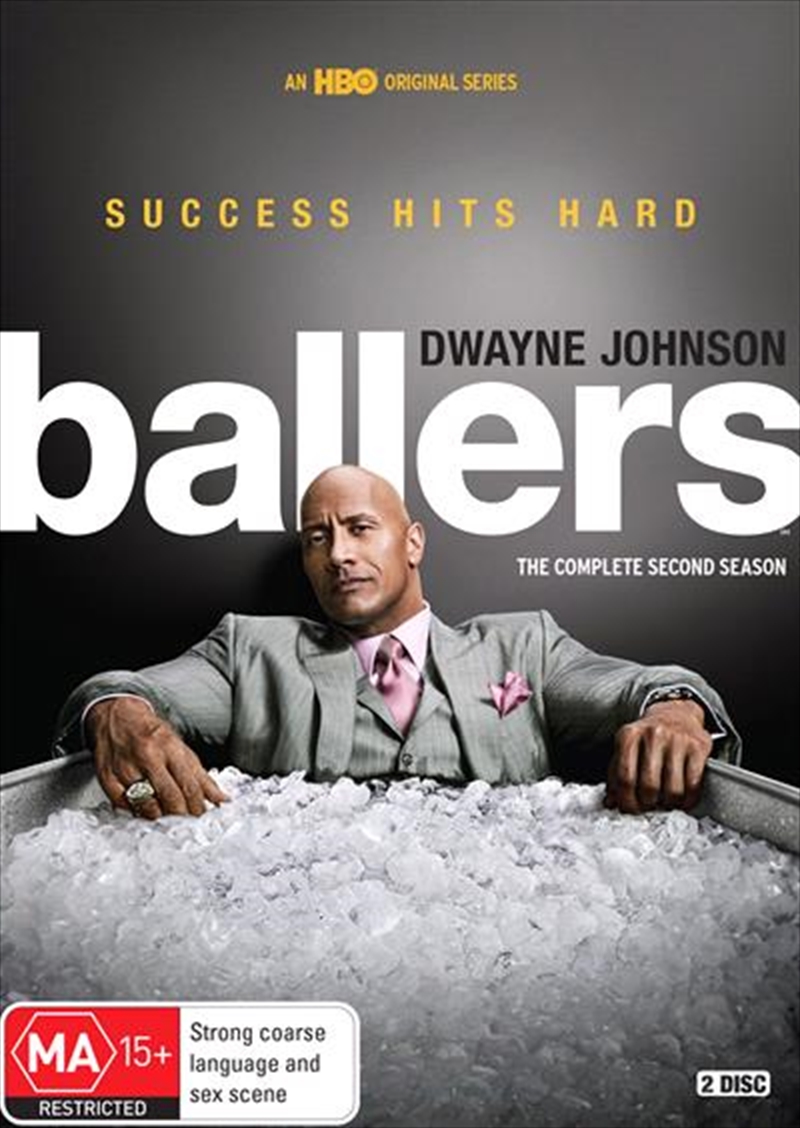 Spencer Strasmore (Dwayne Johnson) and his boys are back to "ball out" in a brand-new season of this HBO comedy series that digs into the extravagant, high-stakes world of football in Miami, FL. In Season 2, things are more competitive and complicated than ever. Retired football star turned financial manager Spencer is forced to face demons from his past as he goes head-to-head with the biggest shark in the business, Andre Allen (Andy Garcia). Meanwhile, Spencer's closest friends and clients struggle to find their footing in a world where it's "go big" or go home.
TRAILER
DETAILS